Was “the father of philosophy” a wealthy playboy?

File under: “revisionist history that is probably true.” Although the Athenian philosopher Plato presents the great Socrates as “a man of humble background, little education, few means and unappealing looks,” Plato was probably painting a false or incomplete picture of his erudite mentor, at least according to this intriguing essay by Armand D’Angour, a fellow of Jesus College at Oxford and the author of the book Socrates in Love: The Making of a Philosopher (2019). In brief, there is some evidence to indicate that the flesh-and-bones Socrates was, in fact, not only a wealthy playboy but also an enemy of Athenian democracy. Here is an excerpt from Professor D’Angour’s excellent essay (h/t: Brian Leiter):

Aristotle’s followers Aristoxenus and Clearchus of Soli preserve biographical snippets [about Socrates] that they might have known from their teacher. From them we learn that Socrates in his teens was intimate with a distinguished older philosopher, Archelaus; that he married more than once, the first time to an aristocratic woman called Myrto, with whom he had two sons; and that he had an affair with Aspasia of Miletus, the clever and influential woman who was later to become the partner of Pericles, a leading citizen of Athens. *** [Yet] the only partner of Socrates’ whom Plato names is Xanthippe; but since she was carrying a baby in her arms when Socrates was aged 70, it is unlikely they met more than a decade or so earlier, when Socrates was already in his 50s. Plato’s failure to mention the earlier aristocratic wife Myrto might be an attempt to minimise any perception that Socrates came from a relatively wealthy background with connections to high-ranking members of his community; it was largely because Socrates was believed to be associated with the antidemocratic aristocrats who took power in Athens that he was put on trial and executed in 399 BCE. 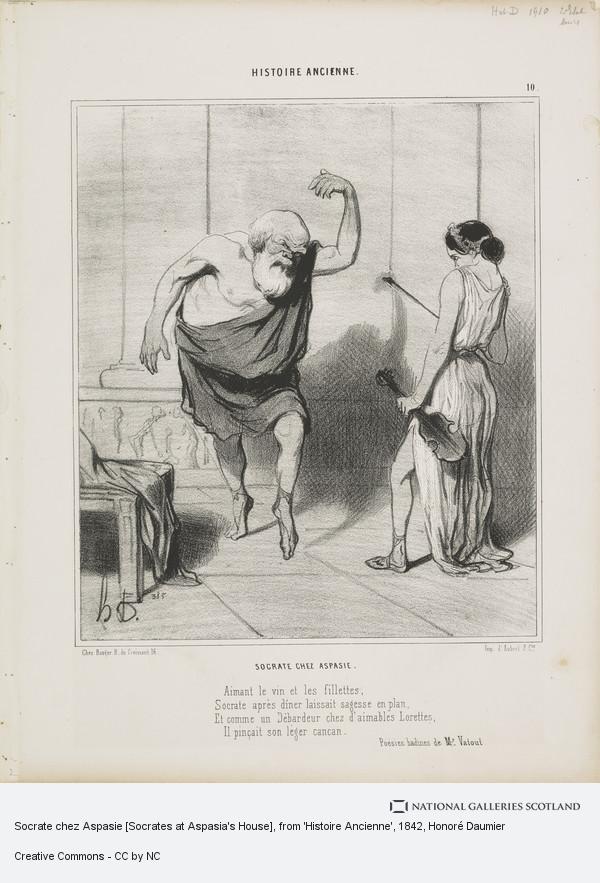