In the 1930s and 1940s, academic economists were engaged in the so-called “socialist calculation debate,” a theoretical quarrel that was not fully resolved until the fall of the Berlin Wall in 1989. (Until then, some economists seriously believed that a command-and-control economy like that of the now-defunct USSR could outperform a free market economy.) Fast forward 80 years. Now, academic economists are squabbling over “empirical economics.” Our friends and colleagues Russ Roberts and John Cochrane, for example, have mounted a powerful attack against empirical economics, arguing that empirical models in economics lack any real predictive power, while on the other side of this empirical debate, fellow economists like Adam Ozimek and Noah Smith have argued with equal passion and vigor that their fancy models are useful. Like the socialist calculation debate of yore, only time will tell who’s right regarding the value of empirical economics, but in the meantime, it’s ironic that Ozimek and Smith’s arguments in defense of empiricism are themselves not empirical-based. 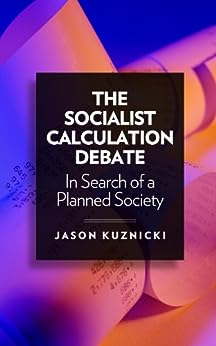 When I’m not blogging, I am a business law professor at the University of Central Florida.
View all posts by F. E. Guerra-Pujol →
This entry was posted in Academia, Economics, History, Questions Rarely Asked. Bookmark the permalink.

3 Responses to The Empirical Economics Debate