Our friends at Facebook recently received a lot of bad press for conducting a masssive secret psych experiment on 700,000 of its users without their consent. (Update: The journal that published Facebook’s research published a pusillanimous Expression of Concern but did not impose any sanctions on the authors of the research report.) One Facebook user, however, recently conducted a reverse-Facebook experiment by “liking” everything he saw on his Facebook feed:

I liked everything. Or at least I did, for 48 hours. Literally everything Facebook sent my way, I liked—even if I hated it. I decided to embark on a campaign of conscious liking, to see how it would affect what Facebook showed me. I know this sounds like a stunt (and it was) but it was also genuinely just an open-ended experiment. I wasn’t sure how long I’d keep it up (48 hours was all I could stand) or what I’d learn (possibly nothing.)

Is Mat Honan, the Facebook user who concocted this diabolical reverse-Facebook experiment, a mad genius? What would happen to Mark Zuckerberg’s vaunted algorithms if everyone with a Facebook account did this for 24 hours? (Thanks to digg for the pointer.) 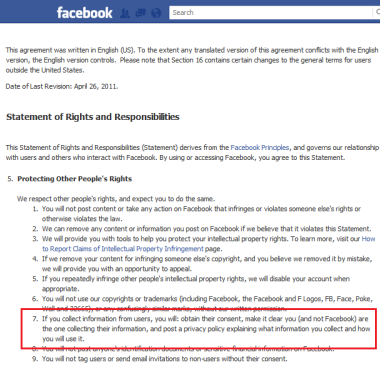 When I’m not blogging, I am a business law professor at the University of Central Florida.
View all posts by F. E. Guerra-Pujol →
This entry was posted in Current Affairs, Deception, Web/Tech and tagged Facebook. Bookmark the permalink.

1 Response to A reverse-Facebook experiment