In honor of the 30th anniversary of the launching of Windows 1.0, Tom Warren–a self-described “resident Microsoft expert”–has compiled a complete “visual history” of Microsoft’s popular operating system for personal computers.  (Check out Warren’s work here, via The Verge.)  This is the first paragraph of the essay portion of Warren’s “visual history” of Windows:

The PC revolution started off life 30 years ago this week. Microsoft launched its first version of Windows on November 20th, 1985, to succeed MS-DOS. It was a huge milestone that paved the way for the modern versions of Windows we use today. While Windows 10 doesn’t look anything like Windows 1.0, it still has many of its original fundamentals like scroll bars, drop-down menus, icons, dialog boxes, and apps like Notepad and MS paint. 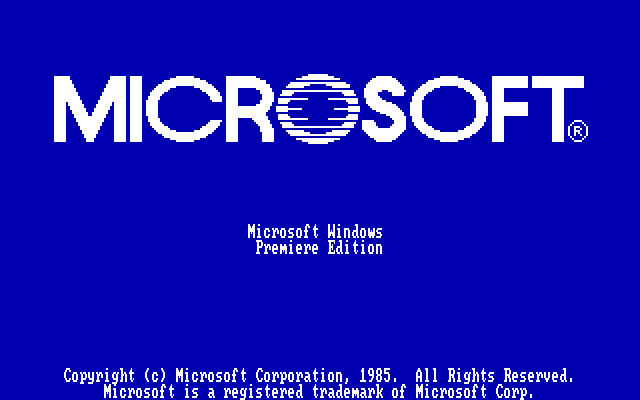 When I’m not blogging, I am a business law professor at the University of Central Florida.
View all posts by F. E. Guerra-Pujol →
This entry was posted in History, Web/Tech. Bookmark the permalink.