We just finished reading Stephen Stigler’s latest book The Seven Pillars of Statistical Wisdom (Harvard, 2016), pictured below. (Spoiler alert: Professor Stigler, a historian of statistics at the University of Chicago, summarizes the seven most revolutionary and counter-intuitive ideas in the history of statistics: such as the root-n rule, e.g. the idea that the second set of n observations is not as informative as the first set of n observations, and the concept of likelihood, i.e. the use of probability to measure the strength of an inference.) Here’s what we liked most about Stigler’s book (the good): his use of historical examples to explain the origins of each fundamental idea, such as an ancient Sumerian example of what today we would call “data visualization” (pp. 27-28) and “the trial of the Pyx” (pp. 47-50), a medieval test conducted by the London Mint to measure the accuracy of the weights of British coins. Here’s what we liked the least (the bad): Stephen Stigler is no Richard Dawkins or Nate Silver. That is, Stigler’s explanation of each statistical idea is hard to follow, and he makes no genuine effort to explain these important ideas to readers with no prior knowledge of statistics. Lastly, here’s the ugly: Stigler does not bother to cite the work on error statistics by Professor Deborah Mayo, even in his chapter on experimental design (Ch. 6). 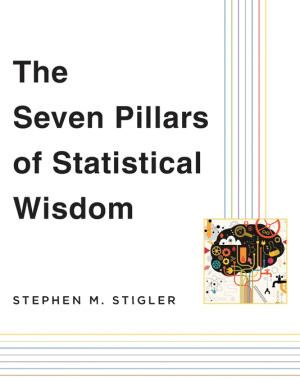 Not suitable for Statistics 101.

When I’m not blogging, I am a business law professor at the University of Central Florida.
View all posts by F. E. Guerra-Pujol →
This entry was posted in History, Probability. Bookmark the permalink.