Thus far, we have wondered whether Harvard sophomore Mark Zuckerberg may have committed a tort when he created Facemash back in ’03. Broadly speaking, whether an act or omission constitutes a civil tort depends on the common law of the place in which the alleged tort occurred. But remember: the United States is a federal system! There are two levels of government in the USA–the States and the feds–and each level has its own laws and operates its own separate legal system. As a result, in addition to local tort law, there are a number of federal laws that could have applied to Facemash. In particular, Facemash may have crossed the following three federal legal lines:

Frankly, we should just ignore FERPA because this toothless federal privacy law is all bark and no bite. In theory, the Secretary of the U.S. Department of Education could have brought a FERPA enforcement action against Harvard (perhaps on the theory that Harvard did not do enough to protect sensitive student information from hackers), but FERPA applies only to “educational records”, so a strong argument can be made that Facemash did not run afoul of FERPA. But even if student I.D. photos are considered “educational records”, the U.S. Supreme Court ruled in Gonzaga University v. Doe, a case decided in 2002, that private parties may not sue for damages under FERPA. (By the way, it’s also worth noting that the feds have never brought an enforcement action under FERPA!) 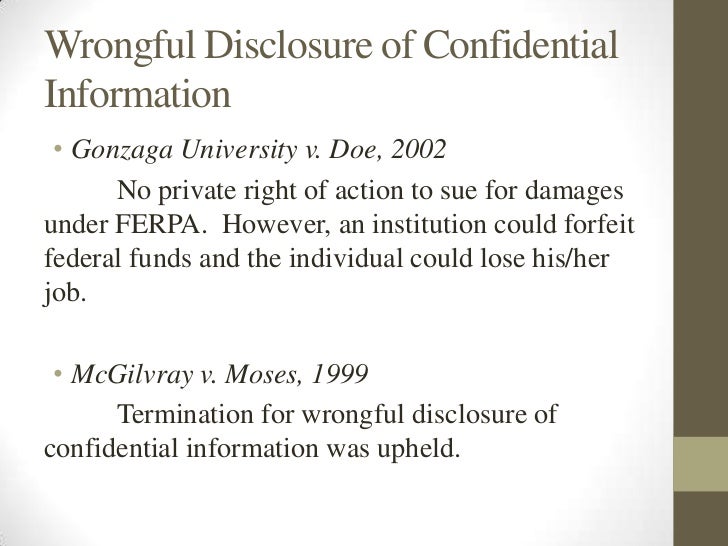