As I mentioned in a previous post, I began teaching law in the summer of 1998 — 20 years ago! — but this is the first time that I am not giving lectures. Instead, I created a business law game called “Hacking Harvard”, assigned well-defined roles to my undergraduate students, and let them debate the law and ethics of a clandestine (and possibly illegal) website called Facemash that went viral at Harvard in the fall of 2003. (Facemash allowed users to rank the “hotness” of Harvard students, and the events leading up to the Facemash fiasco are depicted in the 2010 movie “The Social Network”; a recreation of the website is pictured below.) One group of students was assigned the role of the Harvard Undergraduate Council (UC), and they called to order an emergency meeting to debate the Facemash controversy during yesterday’s class session. In addition, they themselves were the ones who presided over the class! I must confess that I was totally nervous about how this role-play experiment would turn out. In fact, I could not sleep the night before yesterday’s class. But all my fears were unfounded. Not only did the presiding officers do an excellent job of conducting the emergency meeting; the students who were assigned to the anti-hacker and pro-hacker groups made their points very eloquently and effectively. They got into their roles, did their research, and supported their arguments with facts and law. Let’s take Sunday off, but I will be blogging more about my Facemash game in the days ahead … 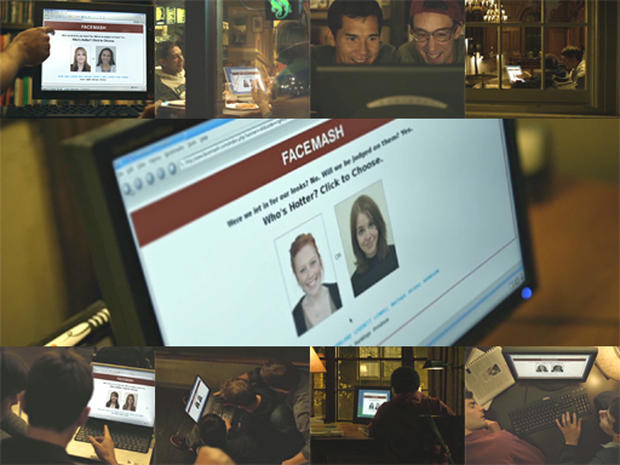 1 Response to My first “reacting” class