We have been catching up on our reading, including “Economic Sentiments” by Emma Rothschild; “Finding Law” by Stephen A. Sachs; and “Brief for an Inclusive Anti-Canon” by Samuel C. Rickless, among other things. Today, however, we shall begin our review of Larry Solum’s fascinating paper “Surprising Originalism,” which is based on a lecture he delivered at the University of Akron in April of this year. Our review is divided into three parts: the good, the bad, and the ugly. In this post, we address the good. Specifically, we admired the following three aspects of this paper:

1. Solum’s Lakatonian spirit. There are many plausible and attractive theories of constitutional interpretation, but in the absence of empirical testing, how can we choose which theory is the best one? One possible criterion is this: which theory “surprises” us the most! It is in this Lakatonian spirit that Professor Solum attempts to identify several surprising features of originalist theory–in particular, why originalism is a surprising theory (in part 2 of his paper), why originalism produces surprising outcomes in actual constitutional cases (part 3), and why the reasons in support of originalism are themselves surprising (part 4). In short, Professor Solum’s approach appears to be inspired by the work of Imre Lakatos, a Hungarian philosopher of mathematics and one of my intellectual heroes. Briefly, Imre Lakatos is the one who proposed a modification of Karl Popper’s influential falsification criterion of science–the counterintuitive but powerful idea that a theory is scientific only if it can be proved wrong. According to Dr Lakatos, the falsification criterion should be applied to entire research programs, not to an individual hypothesis or a particular theory. On this view, a research program is scientific if it makes surprising predictions that are subsequently confirmed by further research. (See, e.g., Imre Lakatos, “Falsification and the methodology of research programs,” in Imre Lakatos and Alan Musgrave, editors, Criticism and the Growth of Knowledge, Cambridge University Press, 1970.) Suffice it to say, we like the criterion of surprise: ceteris paribus, theories and research that produce surprises are better than those that merely confirm our pre-existing biases.

2. Solum’s specific examples. Professor Solum gives several specific slam-dunk illustrations of the virtues of the originalist approach to constitutional interpretation. One excellent example of the merits of originalism is the meaning of the words “domestic violence” in Article IV, clause 4 of the Constitution. Today, the term “domestic violence” refers to private acts of violence between spouses or intimate partners. In Article IV, however, it refers to public acts of rebellion or insurrection within the borders of a State. (See Solum, pp. 242-243.) Another slam-dunk example is the meaning of the words “twenty dollars” in the Seventh Amendment. As Solum shows (pp. 243-245), the word dollar in the Bill of Rights does not refer to today’s paper currency (federal reserve notes); it refers to Spanish silver dollars that were in circulation during the founding era! (See image below.)

3. Solum’s conversion. Professor Solum makes a startling confession before he concludes his paper. He was not always an originalist; instead, there was a time when he believed in the Living Constitution! But his “conversion” was neither swift nor sudden (p. 277): “My own conversion to originalism from living constitutionalism began in the nineties and was not complete until ten years later.” (For my part, I too have changed my mind, but my conversion went in the reverse direction. I used to be an orginalist but changed my mind when I realized that originalist judges are every bit as activist as their “liberal” brethren! As an aside, I put the word “liberal” in scare quotes to refer to contemporary political liberals as opposed to classical libertarian liberals.) In any case, we really admire Professor Solum’s honesty. To us, a sign of a strong intellect is the ability to change one’s mind.

So, what have you changed your mind about? 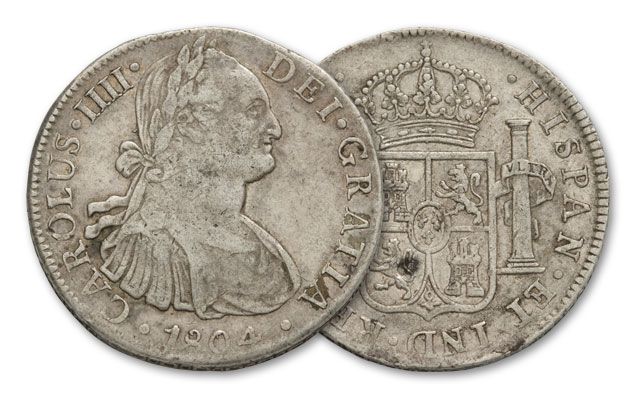