The U.S. Supreme Court recently decided, by a 5-4 margin, the case of South Dakota v. Wayfair, Inc. (You can read the court’s historic decision for yourself here.) Our analysis of Wayfair will proceed in three parts. First (part I) are the facts and issue spotting: what was this case all about? Next (part II), we will question Justice Kennedy’s fairness-based majority opinion, exposing a fundamental fallacy in his reasoning. Lastly (part III), we will propose a meta-legislative solution (inspired by the work of our colleague Randy Kozel) to strengthen the Supreme Court’s broken stare decisis doctrine. Today, let’s review the facts of the Wayfair case and spot the main legal issues:

The relevant facts are as follows. In 2016, South Dakota enacted a sales tax law declaring a state of emergency: South Dakota was not collecting enough tax revenue! The law thus required all out-of-state sellers to collect South Dakota’s sales tax on all good shipped into South Dakota. (Despite the self-serving state-of-emergency declaration, the law exempted out-of-state sellers who deliver less than $100,000 of goods into the State per annum or who engage in less than 200 separate transactions for the delivery of goods into the State per annum.)

The problem with this 2016 law, however, is that it effectively overruled two previous Supreme Court cases, National Bellas Hess, Inc. v. Department of Revenue, 386 U.S. 753 (1967), and Quill Corp. v. North Dakota, 504 U.S. 298 (1992). These two cases imposed a bright-line limit on the interstate collection of sales taxes: a State may not require an out-of-state seller to collect the State’s sales taxes if the business lacks a physical presence in the State. But the problem with this physical presence rule, in turn, is that a State must rely on its residents to pay the sales tax owed on their purchases from out-of-state sellers, and consumers don’t like paying taxes! (According to U.S. Government Accountability Office, “Report to Congressional Requesters” (GAO–18–114, Nov. 2017, p. 5), consumer compliance rates are low.)

A legal duel then ensued when Wayfair, along with two other major online retailers (Overstock.com and Newegg), decided to challenge the 2016 South Dakota law in court. Since none of these business firms had a physical presence in South Dakota, the lower courts followed precedent and ruled in their favor. So far, so good. But South Dakota officials rolled the dice and appealed all the way up to the U.S. Supreme Court, and their gamble paid off! Five justices (a bare majority) voted last week to overrule their court’s previous precedents!

The Wayfair case thus poses several fundamental legal and theoretical issues. (1) When should a court overturn its own precedents? (2) Does a State have the constitutional authority to impose sales taxes on out-of-state sellers with no physical presence in the State? And (3) is the physical presence rule fair? This third question doesn’t really sound like a legal or constitutional one, but as we shall see in our next blog post, the Supreme Court based its close decision in favor of South Dakota (and its decision to overturn its precedents in this area) on the principle of fairness. 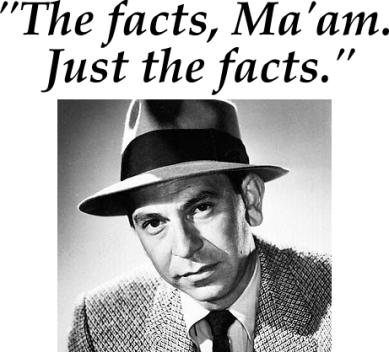 Editor and writer. Interested in tiny things, nineties nostalgia, old jungle mixtapes, my little homestead, and my cats. Not to be fed after midnight.