This is our third and last post on the Wayfair case. In our previous post, we presented a “Coasean critique” of the majority’s rationale in South Dakota v. Wayfair. In brief our critique is: yes, tax loopholes are unfair to certain sectors, but guess what? Getting rid of the loophole would be unfair to others. Today, however, we explore an even deeper problem with the Wayfair case: the majority’s dangerous disregard for the doctrine of stare decisis.

In summary, stare decisisis is the most fundamental principle of the common law and of Anglo-American legal systems generally. Simply put, judges are supposed to respect the precedents established by their prior decisions. Why? Because there is really no such thing as a “right answer” in controversial or close cases. For example, in a case whose outcome depends on the meaning of an ambiguous statute or a vague constitutional provision, many possible interpretations of the statute or provision are theoretically possible. But once a judicial decision is made about its meaning, the doctrine of stare decisis tells judges to stick with their decision in order to promote the values of predictability, stability, and the rule of law.

Since the U.S. Supreme Court has engaged in a consistent pattern of disregarding its own precedents, especially in constitutional cases (see, e.g., Lee Epstein, et al., “The decision to depart (or not) from constitutional precedent: an empirical study of the Roberts court,” NYU Law Review, Vol. 90 (2015), pp. 1115-1189, available here), what, if anything, is to be done? Here, we would second our colleague Randy Kozel’s simple structural solution: a supermajority voting requirement. (See Randy J. Kozel, “Stare Decisis in the Second-Best World,” California Law Review, Vol. 103, No. 5 (2015), pp. 1139-1192, available here.) In short, no horizontal precedent could be overturned unless a supermajority of judges (say, 2/3rds) on a given multi-member court votes to overrule it. (Kozel, pp. 1178-1182.) Although Professor Kozel is skeptical about his structural solution (ibid., pp. 1187-1188), if we are really serious about stare decisis, supermajority voting is simply the most effective, transparent, and workable way of protecting precedent.

I differ with Professor Kozel in one major respect, however. I would not wait for the U.S. Supreme Court itself to adopt a supermajority voting requirement. (See Kozel, pp. 1179-1180.) That will probably never happen, at least not in our lifetimes. Instead, I propose that the Congress take the initiative in this domain. The Congress already has the power to reject or modify the internal rules of procedure of the federal courts–as well as the power to decide the composition and even the jurisdiction of Article III courts. (As a constitutional aside, although we often talk about the doctrine of “separation of powers,” most of the legislative, executive, and judicial powers set forth in the original U.S. Constitution are, in fact, shared powers.)

Consider, by way of example, the number of justices on the Supreme Court. How many justices do we need? The Constitution is silent on this question, so the Congress created a Supreme Court consisting of one chief justice and five associate justices when it enacted the first Judiciary Act in 1789. Congress gradually increased the number of justices, and by 1863, there were a total of ten justices! After Andrew Johnson became president, Congress then reduced the number to seven, so that the unpopular President Johnson could not fill any vacancies that might occur during his term in office. And as soon as the despised Johnson left office, Congress increased the number to nine, where it has remained to this day. In short, if the Congress already has the constitutional authority to establish the number of justices who sit on the Supreme Court, doesn’t it also have the power to propose (or maybe even impose) a supermajority voting requirement? 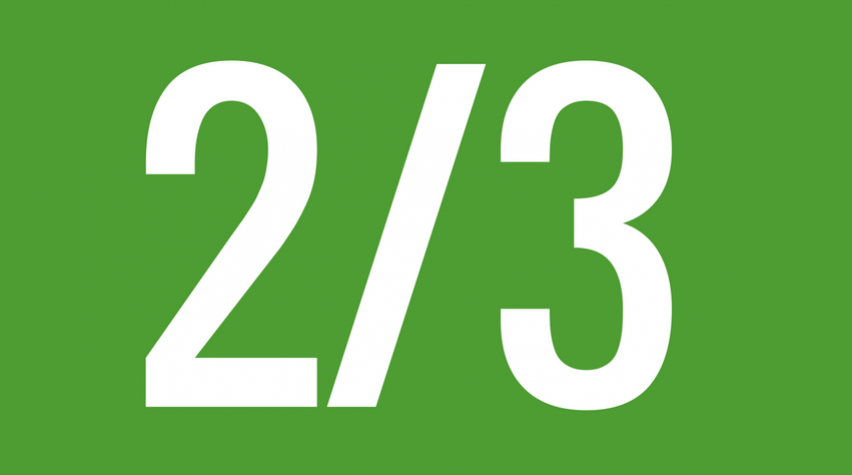