Some problems with the utopian framework

Nozick spots several problems with his utopian framework in the middle sections of Chapter 10 of ASU (pp. 320-325). One problem is theoretical: his framework for utopia appears to be internally inconsistent. On the one hand, the overall framework is based libertarian principles, but on the other, the individual utopias within his framework are free to choose paternalistic principles for their internal governance. In the words of Nozick (p. 320):

“The operation of the framework has many of the virtues, and few of the defects, people find in the libertarian vision. For though there is great liberty to choose among communities, many particular communities internally may have many restrictions unjustifiable on libertarian grounds: that is, restrictions which libertarians would condemn if they were enforced by a central state apparatus. For example, paternalistic intervention into people’s lives, restrictions on the range of books which may circulate in the community, limitations on the kinds of sexual behavior, and so on.”

How do we resolve this paradox? How can local communities be paternalistic and the overall framework be libertarian at the same time? Among other moves, Nozick’s ties his solution to this paradox to property rights (p. 322): “A face-to-face community can exist on land jointly owned by its members …. The community will be entitled then, as a body, to determine what regulations are to be obeyed on its land ….” Nozick also notes that size matters. That is, to the extent that most communities within his framework will be small and local, most interactions within such communities will be face-to-face and in person. But why should the level of paternalism within a given community depend on its size? Because of the greater mental costs or psychic harms generated by deviant nonconformists in these small communities. (But what about Nozick’s axiom that individuals have inviolable rights? Why can those rights now be waived at the community level?)

Next, Nozick identifies two additional potential problems with his utopian framework: change and dictatorship. In particular, how should we deal with communities that change their internal rules against the wishes of some of its members, and how should we deal with totalitarian communities? As Nozick notes, the former scenario–involving a community whose rules change over time–might pose a big problem for some because of an asymmetry in the costs of voting with one’s feet: it is more costly for you to exit a community that you are already living in than it is for you to refuse to join a community you don’t like. But according to Nozick, this asymmetry problem is easily solvable via contracts (p. 324): “… individuals need only include in the explicit terms of an agreement (contract) with any community they enter the stipulation that any member (including themselves) will be so compensated for deviations from a specified structure (which need not be society’s preferred norm) in accordance with specified conditions.” This solution, however, presupposes a court or some other coercive system for enforcing contracts and resolving disputes over what types of structural deviations are large enough to trigger the compensation provision of the contract.

Okay, so what about totalitarian communities? This possibility is a problem because such a total community would be inconsistent with Nozick’s moral axiom that individuals have rights and that these rights cannot be violated without some form of compensation. Nozick, nevertheless, brushes this problem aside (p. 325): “It goes without saying that any persons may attempt to unite kindred spirits, but, whatever their hopes and longings, none have the right to impose their vision of unity upon the rest.” Everyone is thus free to join whatever community he wishes, even a totalitarian one, so long as he does not attempt to impose his choice of community on others. In short, Nozick’s framework for utopia is a libertarian one, but the individual utopias within this framework need not be. We are now almost done with Part III of Anarchy, State, and Utopia. We will conclude our review of ASU in our next two posts. 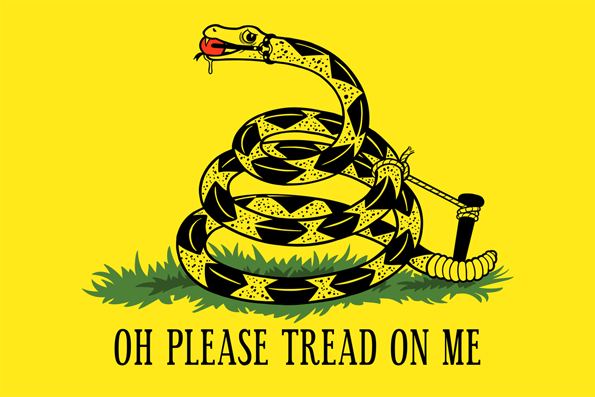 Nozick: As long as the overall framework is free!