We shall now proceed with our review of Milton Friedman’s 1970 essay on business ethics. Professor Friedman returns to his principal-agent argument in paragraphs 7 to 10 of his essay, where he draws a fundamental distinction between (a) the social responsibilities of a private individual, i.e. a person acting on his own behalf, and (b) the social responsibilities of a businessman, i.e. a person acting on behalf of the corporation where he is employed. The logic of Friedman’s principal-agent argument can be summed up follows: When a person is acting on his own behalf, he may voluntarily assume many social responsibilities toward a wide variety of private and public groups or causes, such as his family, his church, his clubs, his city, his country, just to name a few. In all these cases, when deciding what causes to support or what organizations to join, an individual is acting on his own behalf as a principal, not as an agent of someone else. A businessman, however, will find himself in a different legal position. When a businessman is making decisions in his capacity as a businessman, he is acting as an agent of the corporation where he is employed. A businessman must therefore act in the best interests of his corporation.

The logic of this argument appears to be sound, but Friedman commits a logical fallacy in the eighth paragraph of his essay. In particular, he presents to us the following false choice or false dilemma:

What does it mean to say that [a] corpo­rate executive has a “social responsibility” in his capacity as businessman? If this statement is not pure rhetoric, it must mean that he is to act in some way that is not in the interest of his employers.

Further, Friedman provides three concrete examples to illustrate this necessary tension between society and business: prices, pollution, and poverty. Try to spot Friedman’s atrocious fallacy on your own:

Alas, his examples are totally rigged. The interests of business and the interests of society (however broadly or narrowly “society” is defined) need not always be in direct conflict. As a result, this part of Friedman’s argument is fallacious. Although Friedman’s chosen examples are rigged to produce such a conflict, in some situations maybe towing the line on prices might be a more effective way of increasing a firm’s market share. Or maybe the “optimal level” of pollution (in the economic sense) might be much lower than the legal minimum. Or maybe the “hardcore” unemployed (to borrow Friedman’s formulation) might be better suited for some jobs than regular job candidates. Instead of jumping to conclusions or simply assuming that the interests of business and society must always collide, we need to analyze such examples on a case-by-case basis.

To sum up, profit-maximization and CSR are not always either/or. So, can Friedman’s stinging critique of CSR withstand this glaring logical fallacy? Maybe; maybe not, for Friedman still has some additional anti-CSR arguments up his sleeve! We shall proceed with our in-depth review of Friedman’s defense of profit-maximization in our next post … 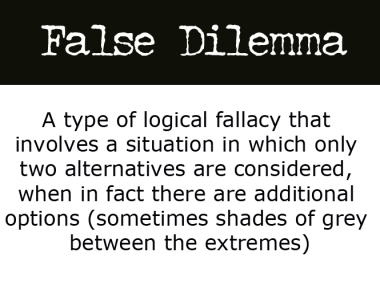