After making some preliminary clarifications in Chapter II and setting forth the first of his “underived first principles” (knowledge and truth) in Chapter III, Professor Finnis goes on to catalog his entire collection of “basic values” or “basic goods” in Chapter IV of “Natural law and natural rights”. It turns out there are–by Finnis’s own count at least–no less than seven such basic values or pre-moral axioms. In addition to knowledge and truth, we have life, play, art, friendship, religion, and “practical reasonableness” (whatever that means).

Let’s put off the bullshit term “practical reasonableness” until our next post, since Prof Finnis himself will delve into the details of this fluffy concept in the next chapter (Ch. V). In fact, with the exception of “practical reasonableness,” we have no quarrel with the other axiomatic items in Finnis’s master list of basic goods. At this point in time, I only wish to make the following three micro-observations about some of the “self-evident” items on Finnis’s list:

Lastly, let me make two general or macro-observations about Finnis’s master list of basic goods as a whole. My first observation I shall pose as a simple question. Regardless of the labels or rubrics we choose, is all the time and effort spent identifying these basic values a normative task or a descriptive one? Although Professor Finnis wants us to believe that his basic values are statements of fact about human nature, in reality they look a lot like normative statements purporting to show us the right way to live. So, be on the lookout, for no matter how many times Prof Finnis assures his readers that he is not going to derive any normative “oughts” from any factual “is” statements (see, e.g., page 85: “there is no inference from fact to value”), I nevertheless suspect that sooner or later the learned professor is going to pull a fast one on us by using his list of self-evident values to derive some normative “oughts” about law.

Secondly, allow me to pose my other observation also in the form of a simple question: why is there no reference to Hobbes here? My second observation thus has to do with the harsh reality of human nature. Prof Finnis himself hints at this dark reality when he mentions, in passing (and incorrectly, I would add) that such anti-values as “selfishness, cruelty, etc., stand in need of some explanation, in a way that curiosity [love of knowledge and truth], friendliness, etc. do not.” But in reality, isn’t it the other way around? That is, we can talk the talk about such abstract and idealized values as truth, aesthetic experiences, practical reasonableness, and whatnot all day long, but at the end of this proverbial day, men are selfish and sinful and thoroughly deceptive creatures. In short, isn’t that more realistic picture of human nature the real reason why we need law and morality–to restrain our selfish impulses?

Of course, as Robert Frank has correctly pointed out in his classic tome “The passions and the reasons” (look it up!), the best way to serve one’s selfish interests is often by pretending to be altruistic or by genuinely pursuing good aims, but it is no less true that man will harm his fellow man unless restrained by law or morality. So, shouldn’t we just eschew such stylized lists of basic goods and begin instead with a more realistic picture of man? (Consider, by way of example, the following question: which list do you think is more informative about human nature? Finnis’s master list of basic values or the little list pictured below?) However we choose to answer these queries, we shall attend to other matters this weekend and explore the next few chapters of “Natural law and natural right” next week. 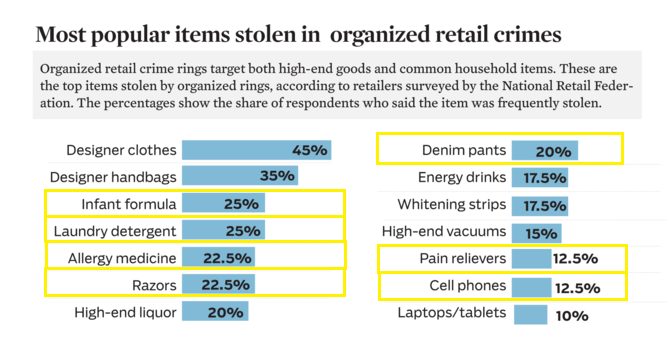 2 Responses to Values and anti-values (review of Chapter IV)