In our previous post we acknowledged the main problem with Oliver Wendell Holmes’s prediction theory of law (PTL): its inability to explain how judges actually go about deciding cases–or in Hartian terms, its inability to explain the law from an internal point of view. That said, my initial reply to this critique is, so what? Yes, there is no denying the prediction theory’s limitation, but if what we want to know is how judges decide cases–i.e. if what we want to know is what the law is from an internal point of view–, then the other main theories of law do not fare much better, whether it be the legal realist’s “judicial hunch” theory, H.L.A. Hart’s legal positivist or “mental construct” theory, Ronald Dworkin’s “integrity” theory, or Richard Posner’s “pragmatist” (i.e. consequentialist) theory of judging. To see why, let’s take a look at each one of these competing theories of law:

Given that all these main theories of law have a tough time describing what judges actually do without resorting to mental constructs or moral intuitions or other normative values (e.g. integrity, consequences), the prediction theory’s weakness on this ground should not come as shocking news to anyone. But why do I prefer Holmes’s prediction theory to these other theories of law. I will explain why in my next post. 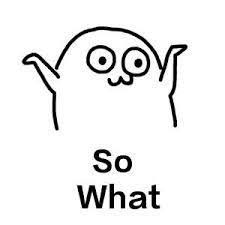