In my previous post I explained why illicit promises generate a moral paradox: promises are supposed to be morally binding, but what about a promise to perform an illegal or immoral act? Broadly speaking, moral philosophers have offered two plausible escape routes to this dilemma. One solution is simply to deny that an immoral promise is a promise. The other is to concede that an immoral promise is, in fact, a promise, but not a morally obligatory or binding one. Neither solution, however, really works. Let’s take a look at the first solution first. Some moral theorists have defined valid promises in such a way as to exclude promises to perform immoral or illegal acts. On this view of promising, a wicked or immoral promise is not morally binding or obligatory because such a promise is not really a promise in the moral sense. In particular, this line of argument focuses on whether a promisor has a moral or legal right to perform the promised act. Simply put, if one does not have a right to perform X (where X is some immoral or wicked act), then a promise to do X is a defective promise.

David Owens, by contrast, proposes the following solution to the problem of illicit promises. First, Owens reframes a promise as a transfer of authority from the promisor to the promisee. That is, according to Owens’s “simple theory of promising,” whenever I make a promise to someone, what I am really doing is giving the promisee (the recipient of my promise) the authority to require me to perform my promise. According to Owens, this reframing thus solves the problem of illicit promises, since promisors lack ex ante the authority to perform illegal or immoral actions. In other words, if I lack the authority to do something immoral in the first place, then I also lack the authority or normative power to promise to do that very same immoral act in the future, or in the words of Owens: “Where the promisor has no authority to do the thing promised (for example, a promise to kill or maim), no grant [of authority] can be made and the promise is nugatory ….”

But is a promise really a transfer of authority? If so, how does a promise effectuate such a transfer? Alas, all such transfer theories of promising, including Owens’s, are unable to circumvent Hume’s famous objection. In particular, how does the mere recital of a few (magical?) words change anything about the world?

In any case, let us assume that Professor Owens’ account of promising is the correct one. We are not out of the woods yet because his transfer theory is vulnerable to two potentially fatal flaws. First, whether a promise involves a transfer of a right or a transfer of authority, both views of promises are devoid of any substantive content because they do not provide any criteria for determining whether one has the legal right or the moral authority to do X in the first place. For example, although the validity of a promise under a transfer theory of promising depends on the content of one’s promise, this theory is empty, for it provides no criteria for evaluating the goodness or badness of the content of promises.

Furthermore, as Charles Fried has pointed out, it is not always obvious what the relevant moral or legal baseline of the parties is. Consider, for example, the fictional agreement between Walter White and Jesse Pinkman in the pilot episode of Breaking Bad. Despite the best efforts of the police, there exists a thriving black market for crystal meth in New Mexico, the Southwest, and beyond. In an ideal world, it would be best if this illegal meth market did not exist, since meth is a highly addicting and dangerous substance, but this market does exist, so if Walt and Jesse don’t meet this demand, other less scrupulous suppliers most likley will. Assuming that no one is coerced into consuming this dangerous drug, can we really say that Walt and Jesse don’t have an ex ante moral right to engage in the meth trade? 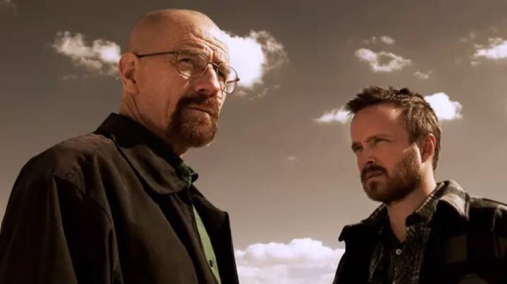