The last of the Insular Cases

Balzac v. Porto Rico, decided in 1922, was the last of the Insular Cases. First off, notice how the island is referred to as “Porto Rico” in the name of this case. This is because the United States had changed the island’s official name to Porto Rico for some reason when the U.S. acquired her in 1898 at the conclusion of the Spanish-Cuban-American War. The defendant in this case was Jesús Maria Balzac y Balzac, the editor of a newspaper called El Baluarte. The Government of Puerto Rico had charged Mr Balzac of criminal libel after he had written and published an article criticizing the governor of island. Mr Balzac then demanded a jury trial, arguing that the provisions of the U.S. Constitution, including the Sixth Amendment right to a jury trial, applied to Puerto Rico. After all, Puerto Rico was a U.S. territory, and the Congress had recently granted U.S. citizenship to all persons born in Puerto Rico under the Jones Act of 1917, so how could the insular government deny her U.S. citizens the right to a jury trial or any other constitutional right, for that matter? Mr Balzac’s appealed his case all the way up to the Supreme Court of the United States (SCOTUS), but as we shall see in my next few posts, the justices of that august forum–including such supposed champions of civil liberties as Louis Brandeis and Oliver Wendell Holmes–would find a way of denying Mr Balzac of his most basic constitutional rights. 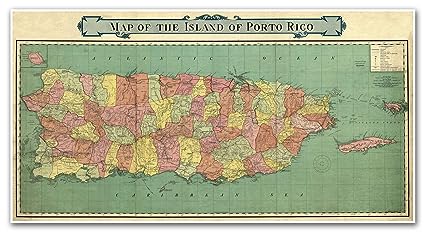