Tampa: a hellscape of highways?

Tampa, Florida is a case study of the decline of streetcars and the corresponding rise of massive roadways in North American cities. In 1920, for example, Tampa had an elaborate streetcar system consisting of 13 lines owned and operated by the Tampa Electric Co. Today, Tampa is a veritable “hellscape of highways,” a traffic-congested city bisected by three intrusive interstate expressways (4, 75, and 275) as well as an elevated toll road, while only one streetcar line is left up and running. To visualize this radical difference, compare the top map of modern-day Tampa with the bottom map of Tampa circa 1920. (Hat tip: Jake Berman, u/fiftythreestudio.) In addition, check out Jake Berman’s website titled “The Lost Subways of North America.” 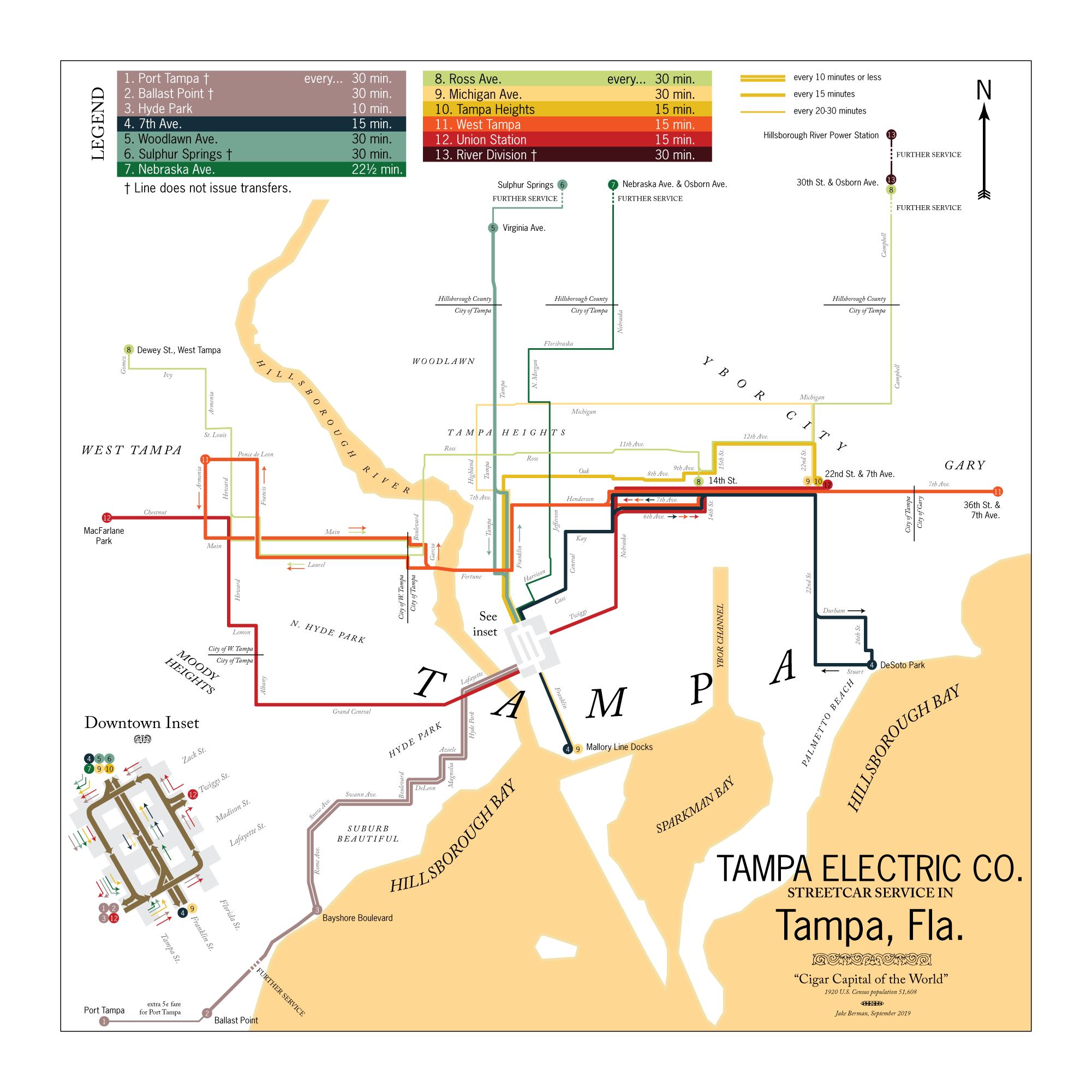