Yesterday, we posted a link to our most recent work-in-progress entitled “Guaranteed Income: Chronicle of a Political Death Foretold,” which revisits the rise and fall of The Family Assistance Act of 1970. Had this historic bill been enacted into law, it would have provided every poor family with children a guaranteed minimum income. My history of this guaranteed income bill is structured as a three-act play. Here is an excerpt from Act I of my legislative morality tale:

“The hero of our three-act play is not a person, but rather an idea: a guaranteed minimum income to all persons via a negative income tax. The idea of a guaranteed income has an illustrious pedigree. Historical figures as diverse as Bertrand Russell, Edward Bellamy, and Thomas Paine—polymath, utopian planner, and patriot alike—all advocated for some form of universal basic income in their day.[a] But it was the conservative economist and future Nobel Laureate, Milton Friedman, along with his wife Rose Friedman, who coined the term ‘negative income tax’ in his best-selling book Capitalism and Freedom and in the popular press.[b]

“Although the idea of a reverse income tax predates Friedman,[c] it was Milton and Rose Friedman who brought this idea to a popular audience and made it palatable to social conservatives. If Capitalism and Freedom was destined to become Friedman’s most famous work,[d] the negative income tax chapter of his book put forth one of his most original, provocative, and beautiful ideas.[e] In summary, Friedman proposed that the federal income tax should be graduated, not only upward, but also downward. Under Friedman’s proposed negative income tax scheme, a person without any income would receive a modest guaranteed income of $300 per year.[f] Later, Friedman would revise this amount upward, recommending a minimum guaranteed income of $1,500 for a family of four.[g] Friedman’s negative income tax thus inspired the 1970 guaranteed minimum income bill ….” 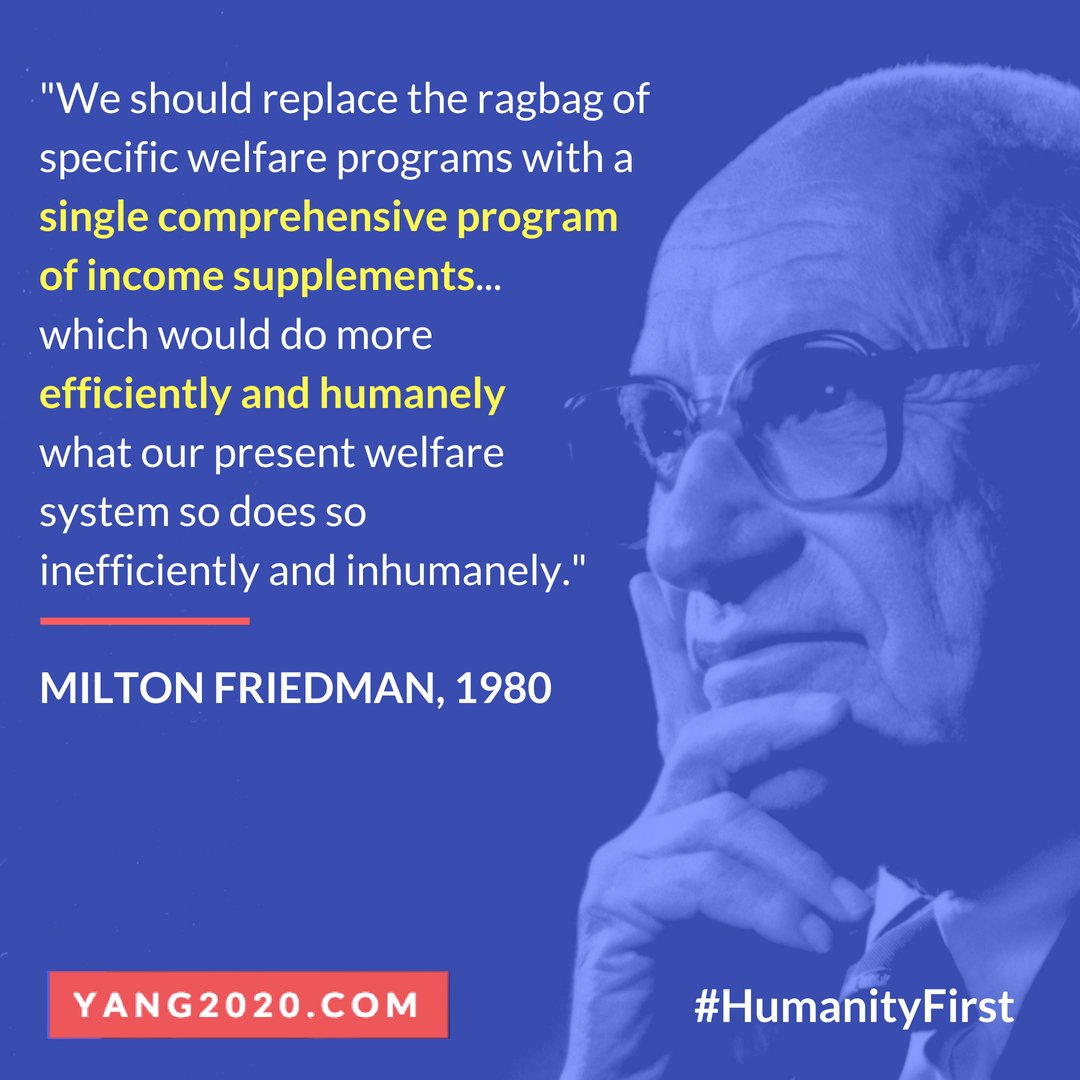 [e]  Friedman was one of the most (if not the most) prominent North American economists at the time. See, for example, the cover of December 19, 1969 issue of Time magazine, which is included in Appendix A to this Article.