Bayes, Papineau, and the pandemic

If you are looking for a concise and well-written introduction to Bayesian probability, check out this beautiful essay in the Times Literary Supplement (TLS), which recently appeared in my Twitter feed. (Thank you, Twitter!) This excellent essay was written by Professor David Papineau, who teaches philosophy at King’s College London; here is an excerpt (all spelling and punctuation in the original):

By Bayes’s time, the rudiments of probability had finally been forged. Books such as Abraham de Moivre’s The Doctrine of Chances (1718) explained the basic principles. They showed how to calculate the probability of five heads on a normal coin (it is 1/32) and indeed more complex probabilities like five heads on a coin biased 75 per cent in favour of heads (that would be 243/1024 – about ¼). At last it was possible for gamblers to know which bets are good in which games of chance.

Not that the Reverend Bayes was any kind of gambler. What interested him was not the probability of results given different causes (like the probability of five heads given different kinds of coin). Rather he wanted to know about the “inverse probability” of the causes given the results. When we observe some evidence, what’s the likelihood of its different possible causes? Some commentators have conjectured that Bayes interest in this issue was prompted by David Hume’s sceptical argument in An Enquiry Concerning Human Understanding (1748) that reports of miracles are more likely to stem from inventive witnesses than the actions of a benign deity. Be that as it may, Bayes’s article was the first serious attempt to apply mathematics to the problem of “inverse probabilities”.

So what? Why are inverse probabilities relevant and worth understanding? It turns out this idea is important for several reasons. Not only does the logic of inverse probability help us unravel many common fallacies in probabilistic thinking (like the infamous Prosecutor’s Fallacy); it might also be relevant to the current coronavirus fiasco. How so? From a Bayesian or “inverse probability” perspective, we need to know at the very least the “base rate” of this crazy pandemic, i.e. what fraction of a random sample of the population have the virus. Without this critical piece of information, we are just shooting in the dark; we have no realistic idea of how serious this pandemic really is. 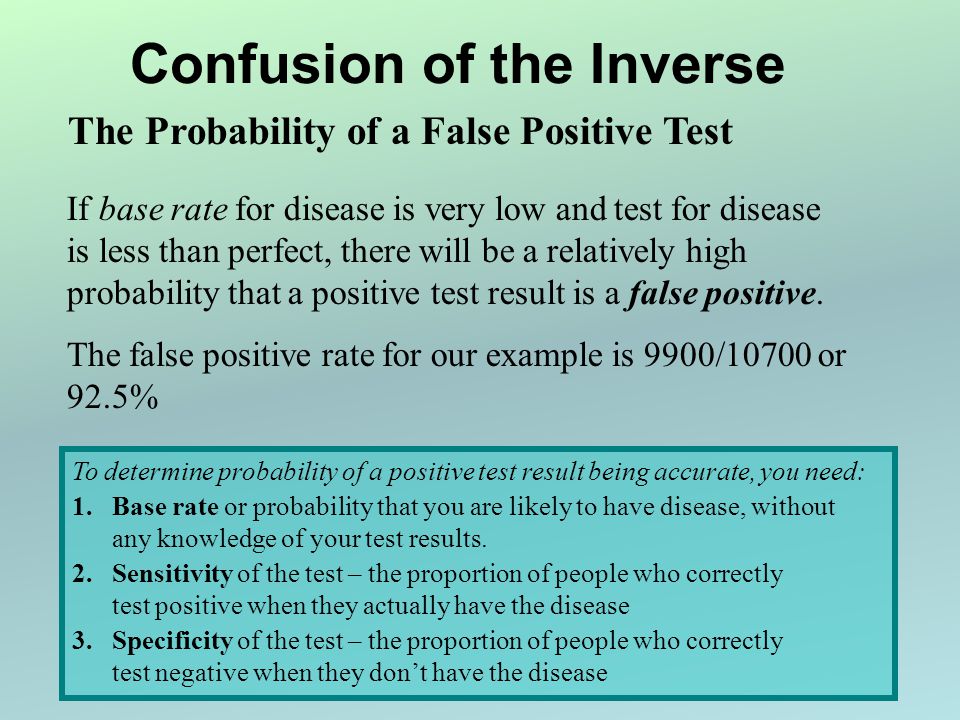