Happy Independence Day? My friend, colleague, and fellow intellectual saboteur Alex Tabarrok has brought to my attention this deleted paragraph from an early draft of the original Declaration of Independence. I have also cut-and-pasted Jefferson’s lost paragraph below:

[King George] has waged cruel war against human nature itself, violating its most sacred rights of life and liberty in the persons of a distant people who never offended him, captivating & carrying them into slavery in another hemisphere or to incur miserable death in their transportation thither. This piratical warfare, the opprobrium of infidel powers, is the warfare of the Christian King of Great Britain. Determined to keep open a market where Men should be bought & sold, he has prostituted his negative for suppressing every legislative attempt to prohibit or restrain this execrable commerce. And that this assemblage of horrors might want no fact of distinguished die, he is now exciting those very people to rise in arms among us, and to purchase that liberty of which he has deprived them, by murdering the people on whom he has obtruded them: thus paying off former crimes committed again the Liberties of one people, with crimes which he urges them to commit against the lives of another.

Kevin Kallmes, a law student at Duke, explains here why this paragraph was deleted from the final version of the Declaration of Independence (or “DOI” for short). Regardless of why this remarkable anti-slavery passage was removed from the final draft, what should we make of this strategic deletion–a deletion all the more deplorable and dreadful since it reflects our nation’s “original sin” of slavery? After all, Jefferson’s beautiful preamble refers to “all men” and those words encompass persons of all races, genders, and immigration status, right? But what about children, illegal immigrants, and non-human animals, though? In many ways, we are still fighting over the meaning of this pivotal preamble!

In short, as I never tire of explaining to my students, all legal texts require some level of interpretation, and the DOI is no exception. Should we, for example, read the phrase “all men” in the preamble literally or metaphorically? Either way, one of the things I love the most about the DOI is that it is not just any ol’ legal text, i.e. one that only judges get to interpret. The Declaration of Independence–like the original Constitution and Bill of Rights–is a popular legal text, part of our legal scriptures. That means that all public officials (State and federal)–and even private citizens–get to decide what these words mean to us today. Don’t be fooled. The courts are not the sole guardians of our democracy; the people, acting through their elected officials, are! 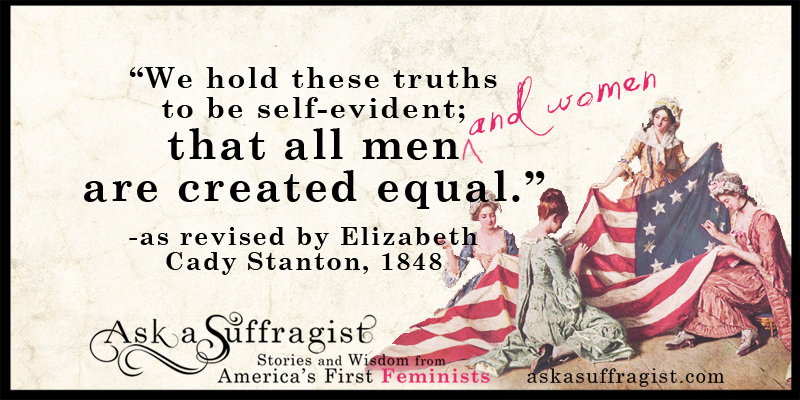