In honor of my fellow bibliophile, dear friend, and scholarly colleague, Carlos del Valle (pictured below), here is a revised excerpt from one of my papers, which was published in 2015 in a special issue of the “Revista del Colegio de Abogados de Puerto Rico.” In this passage, I describe the first time I met Carlitos:

“Like the cluttered mailboxes of most academics, mine was flooded with scores of colloquia invitations and assorted ‘calls for papers.’ In those days, though, I had no travel budget to speak of, so most of these intriguing invitations, the equivalent of intellectual junk mail, would end up in the little black wastebasket tucked away under my old-school 1950s-era desk. But one academic invite stood out from the others.

“The invite described week-long conference devoted to “Blade Runner: Memory, Surveillance, and the Disposable Subject,” to be held the following spring (April 2007) at a small, independent law school … in the town of Mayagüez on the western end of the Island of Puerto Rico…. The organizer of the conference, Daniel Nina, not only accepted my proposal, he offered to provide me housing for the duration of the one-week conference. Daniel served as the indefatigable moderator and social host of the conference. His comments were always original, thoughtful, and politically incorrect when necessary, and his sharp wit as well as his mischievous sense of humor were a refreshing antidote to all those dull and boring academics who tend to take themselves and their work too seriously.

“During the conference, I ended up staying in the home of one of Daniel’s colleagues on the Mayagüez law school faculty, Carlitos de Valle. But who was this Carlitos de Valle? During the first night of my stay, I did not see much of my generous host, as he was holed up in his quarters on the upper level of his home, putting the finishing touches on his paper.

“Nevertheless, I immediately sensed that Carlitos was a kindred spirit, a man of ideas, a fellow intellectual agnostic, the moment I had walked through the door of his humble abode. The walls were lined with plain wood bookshelves, and the bookshelves were filled with books. There were books in the living room, books in the dining room, books in the bedrooms. Like Ernest Hemingway’s tropical Finca Vigía on the outskirts of Havana, Carlitos’s home was overflowing with well-worn books of all shapes and sizes. It was as if his home were one big Borgesian library.

“Amid this spiraling collection of books, I experienced yet another intellectual epiphany, perhaps my most important one. You see, Carlitos had collected and read many of the same books and authors that I had. His home was in many ways a larger version of my own small ramshackle Miramar apartment. But missing from Carlitos’s hallowed shelves were the trilogy of tomes of my own intellectual heroes–Thomas Schelling, Ronald Coase, and Richard Dawkins.

To sum up, Carlitos was not only a beloved law professor, he was also a scholar’s scholar, a lover of truth, and a true friend. In the next day or two, I will describe our first professional collaboration together: the time we co-authored a legal brief in support of a petition for certiorari before the United States Supreme Court. 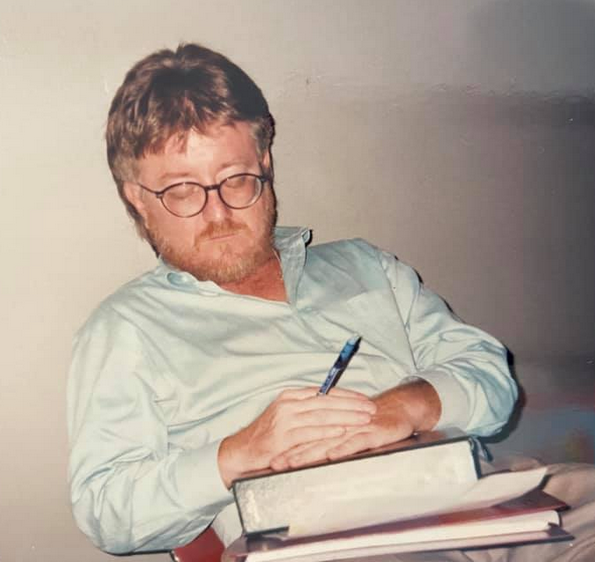