My second collaboration with Carlitos

Note: I lost my friend and colleague Carlos “Carlitos” del Valle on Saturday, July 11, 2020. All my posts this week (except this one) are in his honor. May he never be forgotten.

My second collaboration with Carlitos involved a series of informal chess matches in April of 2007. As I explained in a previous post, Carlitos invited me (as well as my friend and colleague Orlando I. Martinez-Garcia) to stay at his home in Mayagüez, P.R. for the duration of a week-long interdisciplinary colloquium devoted to the law and ethics of the fictional world depicted in the 1982 movie Blade Runner. (The conference was called “Blade Runner: Memory, Surveillance, and the Disposable Subject,” and to this day, it was the most memorable academic conference I have ever attended.) After the second day of my stay, when Carlitos finally emerged from his quarters (he was holed up the previous day working on the paper* he was scheduled to give at the colloquium), Carlitos must have noticed me admiring an old wooden chess table tucked away in the corner of his library. Without hesitation, he invited me to a game of chess, but I was reluctant to play.

At this point in my story, I have to digress to explain that I had not played chess since I was a little child. My childhood friend, Carlos Fernandez, had introduced me to the game of kings in grade school (Carlos F., if you are reading this by any chance, thank you!), but truth be told, I had not played chess since we parted ways after the sixth grade. So, as I was saying, I was reluctant to play. But Carlitos insisted, and his Cheshire grin and magnanimous spirit won the day. We ended up playing several hard-fought matches during the course of my stay, during which time he explained to me the algebraic notation used by chess players to record their moves, the subtleties of the opening, the concept of a strategic sacrifice, and other crucial chess tactics. More importantly, this informal collaboration, consisting of hours of playing and talking about chess, not only reintroduced me to the beautiful world of chess; it also inspired me to create the most beautiful paper I have ever written. Let me explain …

The organizer of the colloquium, the indefatigable Daniel Nina, had scheduled an open-air screening of the film Blade Runner on a Friday night. I will never forget this remarkable occasion, for it occurred in the patio of centuries-old colonial building of the Eugenio Maria de Hostos Law School, and it was the first time I had ever seen the film. Crucially, my hours of chess-play with Carlitos alerted me to and gave me a special appreciation of the last few moves in the pivotal game between the characters J.F. Sebastian and Dr. Eldon Tyrell. The next day, someone (the young Spaniard José Domingo Lázaro Álvarez, if I recall correctly) mentioned to me that the moves played by Sebastian and Tyrell in the movie were based on the “Immortal Game,” a now-famous chess game played by Adolf Anderssen and Lionel Kieseritzky on 21 June 1851 in London.

The rest was history. After the conference had ended, I wrote up a scholarly paper titled “El ajedrez in Blade Runner” (“Chess in Blade Runner”) in which I broke down the Immortal Game into three parts (opening, middle, and endgame) and carefully analyzed the sequence of play. Although others had done this before, my contribution was to establish a direct connection between chess tactics and legal strategy. Specifically, I showed how each individual move in the Immortal Game could be used to illustrate strategic aspects of law and ethics. To this day, it is the only scholarly paper I have ever written in my native tongue Spanish (aside from my honors thesis in college), and I consider it the most beautiful paper I have written to date. Looking back, Carlitos should be listed as a co-author of this paper, for it was inspired by my late-night discussions with Carlitos about chess. Gracias, Carlitos!

But my collaboration with Carlitos did not come to an end with chess. After our initial deep dive into the world of chess in April of 2007, we continued to discuss many other ideas over the years, and one of Carlitos’s ideas in particular would capture my imagination like never before. I will thus describe the third (and alas, last) phase of our two-decades-long collaboration in my next post. 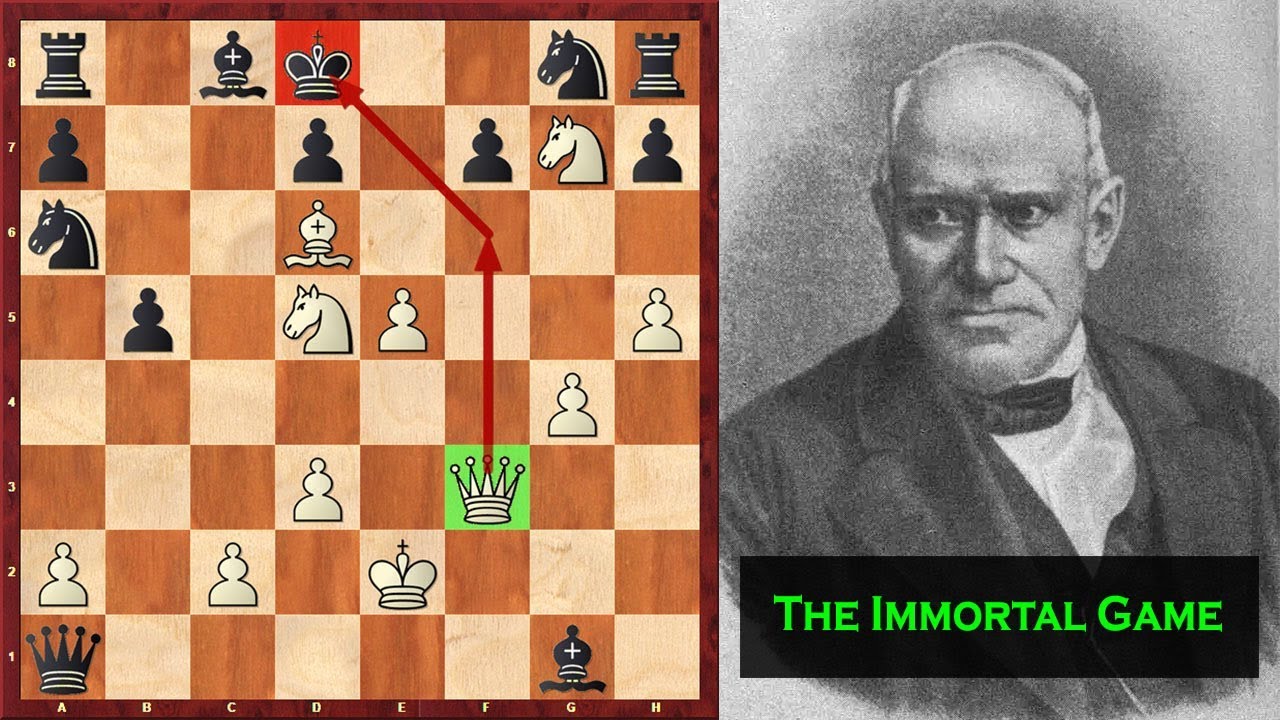 * Carlitos’ paper was titled “Sobre ovejas electricas” (“On Electric Sheep”), an allusion to the title of the original Philip K. Dick novel on which the movie Blade Runner is loosely based. His paper appears in a beautiful collection of essays edited by Daniel Nina: “Blade Runner: memoria, vigilancia y el sujeto desechable” (Ediciones Callejón, 2008).

1 Response to My second collaboration with Carlitos