Exhibit B of Smith in Love

In addition to Professor Dugald Stewart’s footnote, which we saw in our previous post, the next piece of relevant evidence relating to Adam Smith’s love life consists of a private letter dated July 14, 1794. This letter is addressed to Professor Stewart himself and is signed by one James Currie (pictured below), a noted medical doctor who was then residing in Liverpool. (For your reference, here is James Currie’s Wikipedia page.) This piece of evidence is important because it contains a second-hand account of a second(!) Adam Smith love affair. Currie’s letter is reproduced in relevant part below the fold:

By way of background, Currie is writing to Stewart with the intention of providing further proof of another amorous affair involving Doctor Smith. Although this evidence consists of a second-hand report and is thus “hearsay,” the ultimate source of Currie’s report (“a Captain Lloyd”) appears to a credible and reliable witness. According to Currie (1831), Captain Lloyd spent considerable time with Smith and with Smith’s then-charge, the Duke of Buccleugh, during their travels in France in the mid-1760s. In Currie’s own words:

Currie further reports that “I could perceive from many circumstances [that Smith and Lloyd] were on a footing of great intimacy; and many curious particulars of the Doctor’s [Adam Smith’s] conduct he has related.” (Ibid., p. 318.) Among these “curious particulars” are the allegations that Adam Smith “was deeply in love with an English lady” during his sojourn in Abbeville and that he was pursued by a Frenchwoman from Paris, who Adam Smith wanted no part of. (For his part, Smith’s biographer Ian Simpson Ross (2010, p. 227) identifies the object of Smith’s romantic affections  by name as “a Mrs. Nicol,” but Ross does not provide any further details about this mysterious Englishwoman.) For the record, Currie’s full account of Smith’s possible love affair or romantic liaison in Abbeville reads as follows:

Currie then concludes his July 1794 letter by offering to put Professor Stewart in touch directly with Captain Lloyd. Alas, as far as we know, we have no evidence of any further communication between Lloyd and Stewart or between Stewart and Currie.

One last thing. Why did James Currie write this gossipy letter to Professor Stewart in the first place? Recall that Stewart was Adam Smith’s first biographer and that he had presented his biography of Smith to the Royal Society of Edinburgh in January of 1793 and then had it published sometime in 1794, so it is possible that James Currie may have either obtained a copy of the first edition of Stewart’s biography or otherwise heard about the amorous allegations contained in “Note K” of Stewart’s biography from someone who had read Stewart’s account. [According to one scholarly source, The first edition of Stewart’s biography was published in the third volume of The Transactions of the Royal Society of Edinburg in 1794.]

(Note: This blog post is from my latest paper “A Short History of Adam Smith in Love.”) 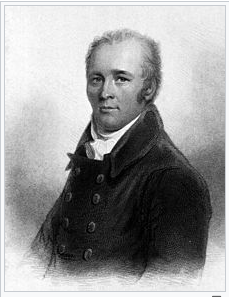 3 Responses to Exhibit B of Smith in Love