A property-rights approach to the coronavirus pandemic

That is the title of my most recent work in progress, which is available here via SSRN. Here is an abstract of my paper: “In the United States, most official responses to the current pandemic have included some sort of a suppression policy–the shutting down of non-essential business and economic activities–in order to promote “social distancing” and slow the spread of infection. This white paper will not question the wisdom or efficacy of such economic suppression policies. Instead, this paper will make a modest constitutional proposal: that all such suppression polices occur within a well-defined legal and property-rights framework under the Takings Clause of the Fifth Amendment to the U.S. Constitution.”

Why aren’t they in jail yet?

The four corrupt lawmakers pictured below, left to right, are Kelly Loeffler (R-Ga.); Richard Burr (R-N.C.); Jim Inhofe (R-Okla.); and Dianne Feinstein (D-Cal.). File under: “Insider trading for me but not for thee.” 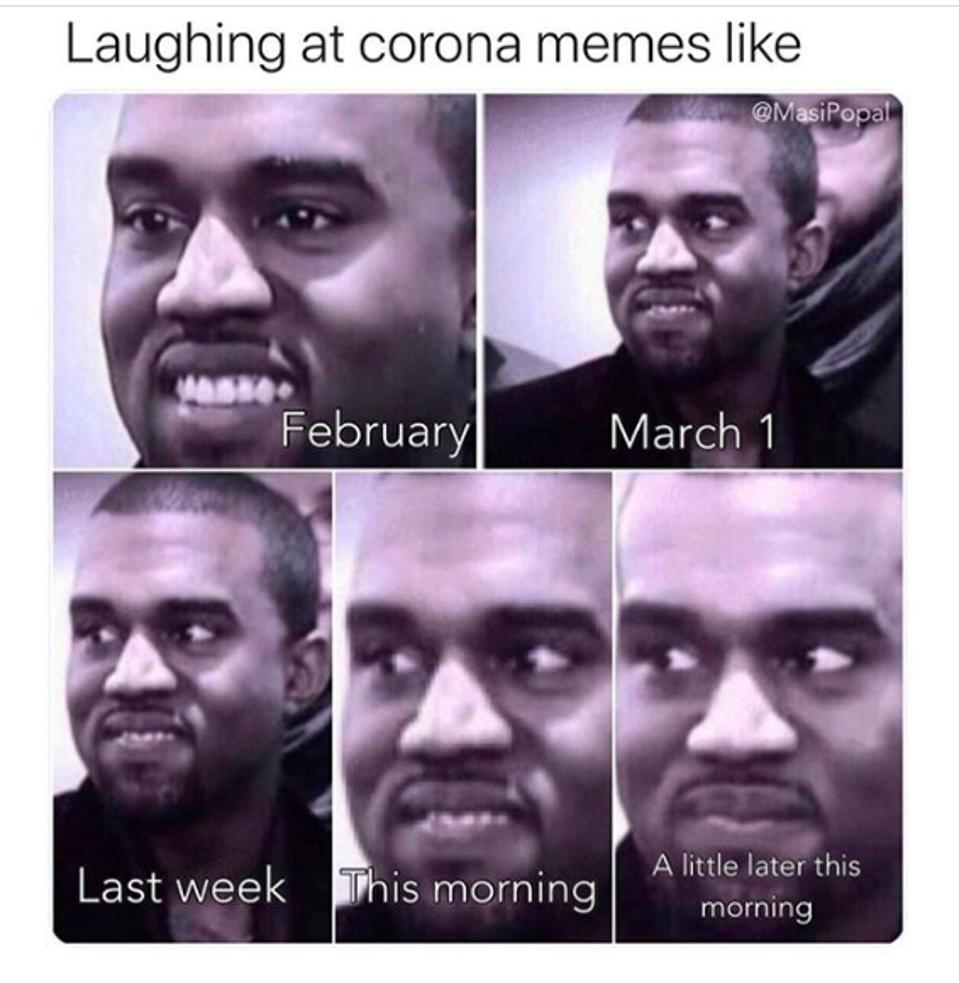 File under “self-contradiction”: a meme that criticizes memes!

Via SSRN, I have just posted my review of Cheryl Misak’s intellectual biography of Frank Ramsey. (FYI: Misak’s beautiful book is available here via Amazon.) Below is the abstract of my review: “The English polymath Frank Ramsey was one of the first scholars to paint a subjective picture of probability, but how and when did he make this revolutionary discovery? Among other things, Cheryl Misak’s beautiful biography of Ramsey explores this remarkable terrain.” In addition, I also explain why Ramsey’s approach to probability is relevant to law and legal theory. Bonus: “Frank Ramsey’s Production Function.” Enjoy!

This post concludes my extended response to Ilya Somin’s pessimistic essay in Reason on the Takings Clause. Thus far, we have carefully reviewed–and have done our best to optimistically rebut–Professor Somin’s first two arguments for why the Takings Clause does not require compensation for coronavirus shutdowns. But as I mentioned at the end of [my previous post], Prof Somin still has an “ace” up his proverbial sleeve–a formidable argument inspired by the “legal realist” school of jurisprudence. According to Somin, “no judge will want to be seen as impeding an effort to save large numbers of lives in the midst of a grave menace to public health.” Boom!

Somin’s legal-realist argument can thus be summed up in four words: “the house always win.” (Shout out to my former law student and fellow libertarian friend Freddie Torres, who coined this evocative and apt phrase to describe legal realism.) Although this is not a “legal” argument per se, I concede it is Somin’s strongest retort, especially from a realpolitik or probabilistic perspective. For a wide variety of reasons, fighting the government is always going to be an uphill battle, whether it be a convicted felon appealing his sentence or a property owner challenging a regulation as a taking. The odds of winning are even smaller during a great crisis. As the great Richard Posner has often repeated, our courts have rarely stood in the way of the government during times of emergencies, whether it be the enormous growth of secret courts and the surveillance state post-9/11 or the internment of innocent and loyal Japanese-Americans during WWII.

But could we not creatively hoist Somin on his own legal-realist petard? After all, President Donald J. Trump has appointed a record number of federal judges during his first few years in office, pro-conservative and pro-libertarian judges who presumably have all been personally vetted by–horror of horrors!–Mr Leonard Leo himself (of Federalist Society fame). In fact, almost one-third of all federal judges are now “Trump/Federalist Society” appointees! According to this entry in Wikipedia, for example, as of March 2020 the Senate has confirmed no less than 51 judges for the U.S. Courts of Appeals as well as 138 judges for the U.S. District Courts. (There are 179 appellate federal judges and 673 district court federal judges in total.) As such, given that so many federal judges are Trump appointees, Prof Somin’s legal realist argument can cut both ways!

To conclude my review of the descriptive part of Ilya Somin’s pessimistic essay, although the house usually wins, the legal argument in favor of extending the Takings Clause to coronavirus shutdowns is a plausible one under existing law, and given the significant number of Trump appointees who are now on the federal bench, this argument has a non-trivial chance of success! Any takers?

First, according to Somin, even if my rebuttal were correct (i.e. even if coronavirus shutdowns were subject to the Takings Clause in principle), anyone demanding just compensation for being forced to stay at home would lose their case under existing Supreme Court caselaw. Specifically, Prof Somin cites the leading case of Penn Central Transportation Co. vs. New York City. This is a leading takings case because the Supreme Court set forth a three-part test that lower courts must follow to determine whether a government action constitutes a “taking” under the Takings Clause of the Fifth Amendment. Under this three-part test, a government action is a “taking” depending on the following factors: (1) the severity of the economic impact of the action in question; (2) whether and to what extent the owner suffered the loss of “investment-backed expectations” when the government acted; and (3) the “character” of the government action (i.e. did the government physically occupy or damage the property right in question?).

According to Prof Somin, however, coronavirus shutdowns would not pass the Penn Central test as a matter of law, but I respectfully beg to differ. To begin with, the economic impact of a city- or statewide quarantine or “shelter in place” order is, by definition, severe if you lose your job and livelihood as a result of the order. Secondly, such “shelter in place” orders will adversely affect (to the say the least) the expectations of “non-essential” workers and firms subject to the order. Lastly, the third factor is most likely irrelevant, since the interest being deprived is liberty (freedom of movement), not physical property.

To sum up, although I agree with Prof Somin that the Penn Central test (like all balancing tests) “is a mess,” a strong argument can still be made that coronavirus shutdowns are takings under this admittedly messy test. At the same time, however, I have to acknowledge that neither Somin nor myself has yet to score a decisive blow, let alone knock the other down. But Somin still has an “ace” up his proverbial sleeve–a formidable argument inspired by the “legal realist” school of jurisprudence. Stay tuned, I will turn to (and try to refute) Somin’s third and final argument in my next post … 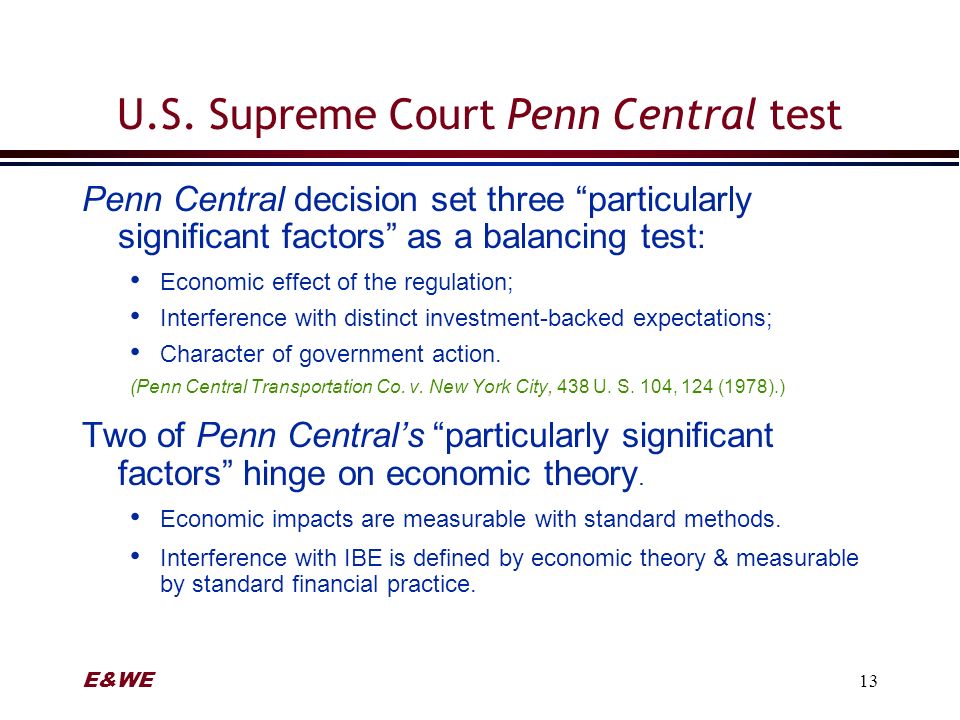