Note: This post is part 8 of our review of Ron Allen & Mike Pardo’s paper “Relative plausibility and its critics.” If you are already familiar with the subjectivist ideas of Frank Ramsey (1931) and Bruno de Finetti (1974), you can skip today’s post.

We have spent a significant amount of time and mental energy comparing and contrasting our Bayesian or “subjective probability” view of juridical proof with Ron Allen and Mike Pardo’s alternative theory of relative plausibility, but we just realized that we haven’t yet defined what we mean by subjective probability. So, before we address Allen and Pardo’s final objection to subjective probability, we thought we would take a moment to explain subjective probability, especially for those of you who may not be familiar with the work of our intellectual heroes Frank Ramsey or Bruno de Finetti. (Because this post is somewhat technical, we include a formal bibliography below.)

As an aside, as we mentioned in our previous post, it is not necessary to express one’s subjective probabilities using numerical values. (Keynes, 1921, pp. 20-22. Cf. Franklin, 2011, p. 547: “It is not essential to the Bayesian perspective that the relation of evidence to conclusion should be given a precise number.”) It is sufficient to use such qualitative formulations as “highly likely, almost certain, or virtually impossible” to describe the likelihood of some event or proposition, given a body of evidence. (Cf. Franklin, 2011, p. 548.) In fact, as James Franklin notes (2011, p. 548): “The most central theses of Bayesianism [i.e. of subjective probability] do not concern numbers but are certain qualitative principles of evidence.” One of these qualitative principles is as follows:

Or in the words of the mathematician George Polya (1968, p. 4, quoted in Franklin, 2011, p. 548): “Theories are confirmed by their consequences or predictions.” Allen and Pardo’s relative plausibility theory addresses item #2 above, but their theory is too course to tell us anything particular about item #3: how much more likely p is true given that q is found to be true. Subjective probability theory, by contrast, does just that! To see why, consider Polya’s next theorem, what he calls the “verification of an improbable consequence” (1968, p. 8, cited in Franklin, 2011, p. 549):

Again, Allen and Pardo’s relative plausibility theory is too course for these types of cases, i.e. cases involving improbable or unlikely q’s. By contrast, an approach to juridical proof based on subjective probability provides a more finely-grained picture of the fact-finding process. Put another way, because the legal system uses so many different standards of proof–from mere reasonable suspicion for Terry stops all the way up to proof beyond a reasonable doubt for criminal trials–it is not enough to know whether one party’s explanation of the evidence is more or less plausible than another party’s competing explanation. What we really want to know is the strength of the fact-finder’s belief in a given explanation. (In our next post, we will consider Allen and Pardo’s relative plausibility theory in light of the famous Dutch book theorem. For all intents and purposes, the “Dutch book” will represent the final nail in the coffin of relative plausibility.) 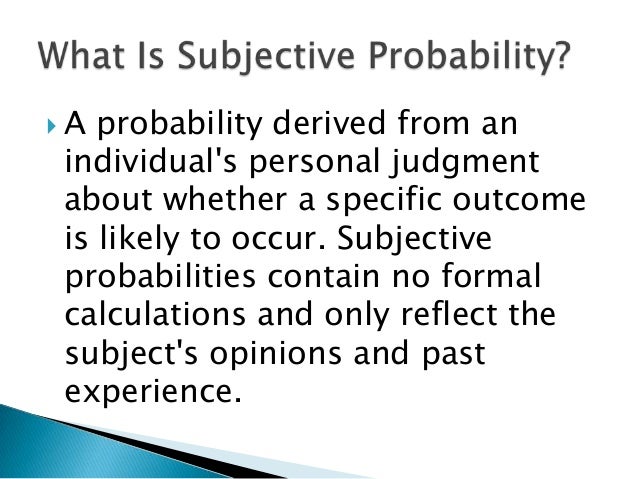