Note: This is part five of our review of Tyler Cowen’s new book “Stubborn Attachments.” Also, we won’t be blogging this weekend, so our next post will appear on Monday (12/3).

As we mentioned in our previous post, Tyler Cowen identifies “six critical issues” in the introduction to “Stubborn Attachments,” six fundamental questions that any theory of population ethics must address. The issues are time (how to weigh the interests of future generations), aggregation (how to aggregate conflicting preferences), radical uncertainty (how to predict ex ante the long-term effects of our decisions), and the role of rules, rights, and common sense morality in population ethics. We also introduced the idea of an “intertemporal golden rule,” i.e. the possibility of a Kantian approach to population ethics. Now, let’s evaluate our Kantian approach in light of Cowen’s laundry list of issues.

1. The role of time and discount rates

Tyler Cowen begins his laundry list of fundamental questions by asking, “How should we weight the interests of the present against the more distant future? … [D]o we have reasons to weight the present more heavily simply because it is the here and now?” Well, it turns out that the present is more heavily weighted than the future in almost every human endeavor, including business, economics, and law, fields in which future cash flows are “discounted” to their present value as a matter of course. Yet, as Cowen notes, this standard practice is based on a morally questionable assumption, the implicit idea that the future declines in moral importance with the simple passage of time. But whether they like it or not, population utilitarians like Cowen must commit themselves to this assumption as well. Why? Because utilitarian approaches are ultimately probabilistic in nature, requiring us to estimate or predict ahead of time what the most likely consequences or effects of our decisions will be. By contrast, a Kantian approach to population ethics can hold time constant, requiring us to treat all persons, including unborn or contingent ones, with equal value and respect.

As Cowen notes, “Aggregation refers to how we resolve disagreements and how we decide that the wishes of one individual should take precedence over the wishes of another.” Or in the context of population ethics, how can we resolve intertemporal disagreements between present and future generations? Any utilitarian approach to population ethics will require some voting rule or procedure to aggregate and resolve these types of intertemporal disagreements, but whatever aggregation method we choose, there is a fundamental problem with utilitarianism. Population utilitarians like Cowen must commit themselves to the primacy of the interests of future generations. Again, why? Because absent a world-wide catastrophe or extinction event, there will always exist much more people in the future than in the past! Simply put, even if the human population on Earth were to stabilize or even decline over time, more and more people will continue to be born into the world. Our Kantian approach, by contrast, is invariant to the number of people who exist or who might exist in the future. Unlike utilitarian approaches, our theory of intergenerational reciprocity does not depend on the number of people who might exist in the future relative to the number of people exist now.

To his credit, Cowen openly acknowledges the problem of uncertainty: “how can we pretend to assess good and bad consequences as a product of our actions? How can we make any decision at all without being morally paralyzed and totally uncertain about what we are doing?” This problem is not just a minor blemish on utilitarian approaches to population ethics and to morality generally; it is a mortal wound, a fatal blow! How so? Because the further we attempt to peer into the future, the more uncertain the future becomes. It is one thing to imagine what the world will be like in 2020 A.D. (two years hence) or in 2060 A.D. (52 years hence), but no one has any idea what the world will be like a thousand or five hundred or even one hundred years from now. How, then, can we predict the most likely consequences of our decisions given this radical uncertainty? Our intertemporal golden rule, by contrast, is more much epistemically modest and is thus better suited to deal with such radical uncertainty. The validity of the golden rule does not depend on what picture of the future you happen to believe in. Simply put, the content of such Kantian moral precepts will remain stable and unchanging regardless what beneficial or harmful innovations the future brings and regardless how many natural or manmade disasters occur in the future. 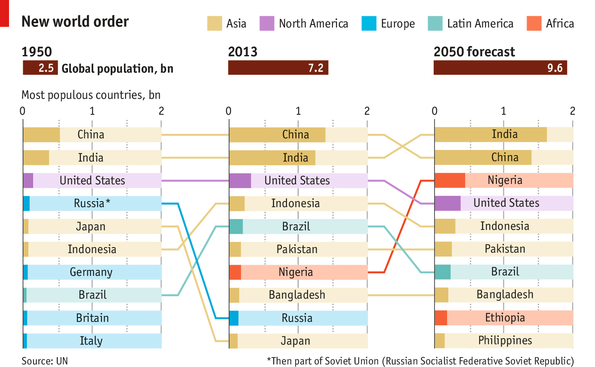