Note: This is part six of our review of “Stubborn Attachments.”

We restated Tyler Cowen’s “six critical issues” and discussed three of these issues in our previous post. Here, we shall consider the other three issues: rules, rights, and common sense morality.

Cowen asks, “Can we make a fundamental choice to think in terms of rules and principles per se? … Or are we caught in the trap of always worrying about the exceptions and thus we end up back with rules as a useful fiction? In other words, do moral rules have “independent power” (i.e. are such rules self-enforcing), or are they just “useful fictions.” For our part, we agree with Cowen that, even if rules are just useful fictions, we should think in terms of general rules. (How could we not, since moral obligations are always expressed in terms of rules or general principles?) And this is the reason why we prefer our Intertemporal Golden Rule approach to population ethics. The golden rule is not plagued with exceptions and caveats as most moral rules are. More importantly, the golden rule, however it is formulated, does not require massive amounts of good will or an all-powerful moral leviathan. Rather, its efficacy is based on man’s self-interest and simple Humean notions reciprocity! (Cf. Robert Trivers’s theory of reciprocal altruism.)

Cowen blends his population utilitarianism with metaphysical rights: “I’m not going to derive rights deductively from scratch, but I do believe in (nearly) absolute human rights.” In other words, Cowen is not going to bother to explain where these natural rights come from, nor will he bother to specify what these natural rights consist of, he is just going to conjure up a set of Kantian rights out of a magic hat to avoid any nasty outcomes that population utilitarianism might engender. (As an aside, we often speak of Kantian duties” but we can use the terms rights and duties interchangeably, since duties always imply the existence of rights, and vice versa, rights imply duties.)

Although we sympathize with the notion that “individuals have rights” (to borrow Nozick’s famous formulation), where do these natural rights come from, and what do these rights consist of? These are precisely the questions that Cowen leaves unanswered! Again, this is one of the virtues of our Intertemporal Golden Rule. Its efficacy does not depend on the existence of metaphysical rights. Instead, as we mentioned above, the genius of the golden rule is that is based on the notion of “reciprocal altruism”, i.e. self-interest.

Cowen closes his list of “six critical issues” with the importance of common sense morality. In brief, any theory of population ethics that is incompatible with most people’s moral intuitions is a worthless theory. (And to his credit, Cowen correctly notes that utilitarian theory “appears to suggest an extreme degree of self-sacrifice” when taken to its logical conclusion.) In any case, this is the beauty of our Intertemporal Golden Rule approach to population ethics. The golden rule is such a familiar and common sense moral principle that it appears in many religions and cultures. More fundamentally, it is a moral principle that is grounded in self-interest and reciprocal altruism, and that is probably why the golden rule is consistent with our common sense morality.

But how can the golden rule or reciprocal altruism work intertemporally? How could future generation ever hope to “pay us back” if those generations don’t even exist yet? Also, we have yet to address the main thesis of “Stubborn Attachments.” We will return to these questions in our next two posts. 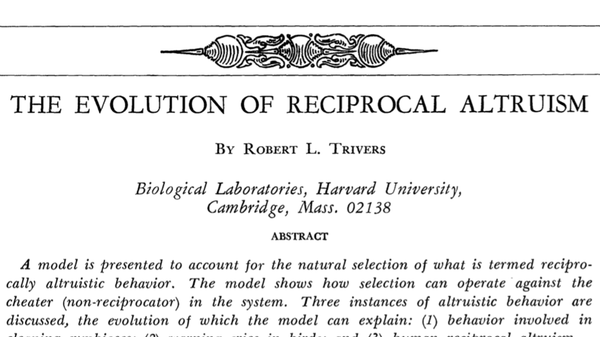