Wikipedia, the free online encyclopedia, was launched on 15 January 2001, and according to this history of Wikipedia (via, where else, Wikipedia, of course!), the English version of this wonderful website (en.wikipedia.org) now contains almost six million articles. (See table below.) If these six million articles were published in book form, they would comprise over 2,500 print volumes of the old-school Encyclopædia Britannica, an imaginary tome of Borgesian proportions! By comparison, the print edition of the actual Encyclopædia Britannica contains only 64,900 articles in 32 volumes, a mere drop in Wikipedia’s proverbial bucket. Also, notice how the number of Wikipedia articles has grown at a fairly constant rate since 2005. When will this growth rate slow down or level off? In the meantime, should we call this constant growth rate “Wales-Sanger Law” in honor of Jimmy Wales and Larry Sanger, the co-founders of Wikipedia? 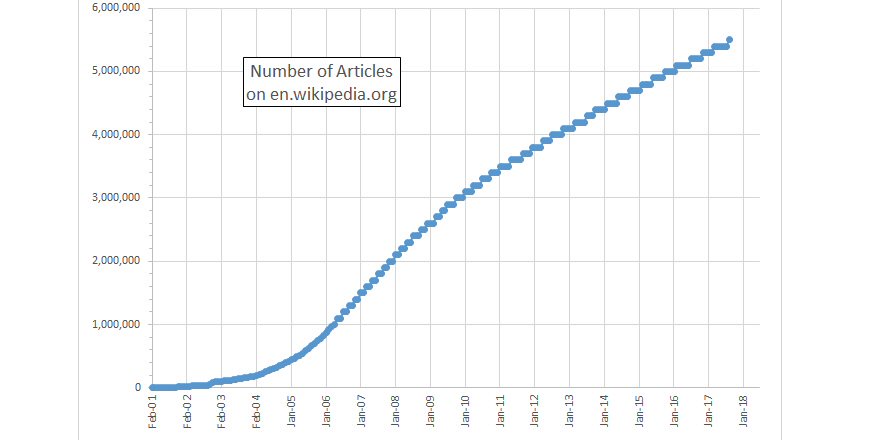