Did Finnis just shoot his own theory in the foot? (review of II.2)

Yes, he did, in the second subsection of Chapter II. Before we explain why, recall that Professor Finnis is devoting this early chapter to make a series of “preliminary clarifications” (p. 24) before delving into the details of his theory of natural law. Alas, he ends up making another potential blunder; in fact, I dare say he shoots his embryonic natural law theory in the proverbial foot (no doubt unwittingly), for he concedes that natural law proper is indeterminate and not self-enforcing.

Let’s back up one step. To his credit, Finnis is attempting clarify the complex relation between natural law and positive law in II.2. Specifically, if Thomas Aquinas (“a paradigm ‘natural law theorist’”) is correct that “positive law derives its validity from natural law” (p. 28), then why do we need man-made law to supplement natural law? Why don’t men dispense with man-made law altogether and agree to be ruled directly by the dictates of natural law? According to Finnis’s reading of Aquinas, there are two reasons why we cannot dispense with positive law. One reason is that natural law is too general to be of any help in the real world. Or to paraphrase Prof Finnis himself (p. 28), the principles of natural law are too general to solve any specific co-ordination problems that an actual community might confront. (In modern parlance, we can call this first problem “the level of generality problem.”)

The other reason we need positive law is that natural law is not self-enforcing. Without man-made law, “the need for compulsion, to force people to act reasonably” (p. 29) would go unmet. (Let’s call this second problem “the incentive problem.”) But these two points now pose another embarrassing problem for Finnis. Aside from being tautological (see our previous post), if natural law principles are also indeterminate and not even self-enforcing, then natural law is at best a redundant legal system or at worst a useless one. So, why not dispense with natural law?! Rest assured, we will return to this troublesome question as we continue our review of Finnis’s theory in our next post … 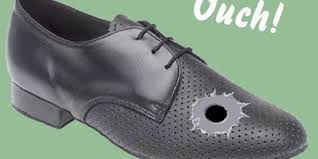