Although we have been extremely critical in our previous posts of John Finnis’s flawed and self-defeating reasoning, the learned professor rehabilitates himself in the third and fourth subsections of Chapter II, where he makes yet another preliminary clarification–this time about the role of axioms (or self-evident propositions) in legal theory and in the sciences. In Prof Finnis’s own eloquent words (p. 32):

… a good many of the principles of logic and mathematics employed in natural science … and in historical and archaeolog[y], are such that it would be absurd to say that they either have been proved or are in need of proof. But what is certain is that the natural sciences and in general all theoretical disciplines rest implicitly on epistemic principles, or norms of theoretical rationality, which are undemonstrated, indemonstrable, but self-evident in a manner strongly analogous to the self-evidence ascribed by Aquinas to the basic principles of [natural law].

This passage sounds like it could have been written by the philosopher of science Thomas S. Kuhn. In brief, Prof Finnis is pointing out the inevitable and essential role that Kuhnian paradigms play in human reasoning: there are some basic ideas or “underived first principles” that everyone assumes to be true, even in such scientific fields as mathematics and physics. So, why should law be an exception, Finnis is asking? For my part, I would add that paradigms can sometimes lead us astray (see image below). Moreover, what are these “self-evident” or underived propositions in the field of law (consider, for example, the Declaration of Independence of 1776), and why should we accept these propositions as true? We shall press on and continue our review of Finnis to find out … 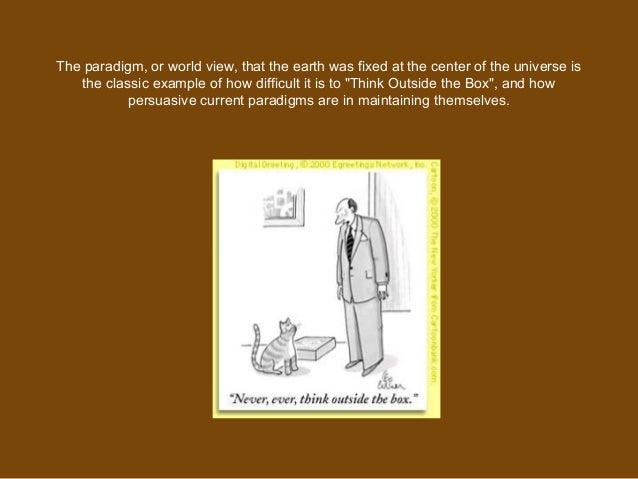