The secret lives of academics

Check out this beautiful tribute by Gerald Dworkin to the late G. A. (Jerry) Cohen (pictured below). Here is one excerpt:

We had contests to see who could come up with the best question after a philosophical paper. Jerry’s best–“I would like to make a distinction here. Unfortunately, I cannot think of one.” We would make up titles for philosophical articles. Mine: an article criticizing John Stuart Mill and his father “The Dark Satanic Mills.” Jerry’s: an article by Norman Malcolm (a rather phlegmatic man who wrote on the logic of dreaming) “Am I , all appearances notwithstanding, not Dreaming?”

And here is another:

I presented Jerry with Nozick’s famous Wilt Chamberlin example: If each of his fans chose to contribute money freely to Wilt in order to watch him play, and as a result his income was far above that of his teammates, what could be wrong about the resulting inequality of income? It was, in Nozick’s phrase, simply capitalism among consenting adults. Jerry’s eventual reply was , very roughly, what they consented to were individual transaction not the consequences of the eventual inequality. 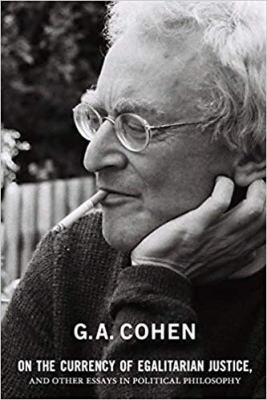