In my previous post, I shared a wide variety of law review articles and scholarly papers on the theme of legal progress. The larger question I care about, however, is this: is it possible to objectively measure progress in any particular domain of the law, such as torts or property or whatever, or is legal progress a “socially-constructed” or subjective ideal? For their part, Tilmann Altwicker (University of Basel) and Oliver Diggelmann (University of Zurich) identify four ways in which progress is “socially-constructed” in the field of international law. I will thus review and restate these techniques in my next few posts, starting with a crude historical method that Altwicker & Diggelmann call “ascending periodization.” (You can read their excellent paper for yourself here.)

In summary, the “ascending periodization” method of measuring legal progress consists of dividing some aspect of legal history into two or more periods and then assigning the most recent period a positive or flattering label, or in the words of Altwicker & Diggelmann themselves (pp. 432-433, footnote omitted): “Progress narratives [in international law] can be created by cutting [history] into two or more periods and giving the most recent period the most favourable label. The technique sounds simple. The operation of interest here–the creation of a progress narrative – is not always made explicit. It often remains hidden, typically behind the use of ‘established’ periods which tend to appear as ‘objective’ units. Established periods seem to reflect the ‘reality’ of international law’s development. Periodizations such as ‘the era of the Westphalian state system’ or the ‘interwar-period’, for example, may serve as examples.”

This crude method of measuring legal progress in the field of international law might also be generalizable to other areas of law. Richard A. Epstein, by way of example, traces the history of strict liability and the fault principle in his classic casebook on Torts–now in its 11th edition and co-edited with Catherine Sharkey, pictured below along with Epstein. In chapter 2 of their casebook, Professors Epstein and Sharkey divide the history of tort law into four periods and assigns each period the following labels: (1) the formative cases, (2) the forms of action [at common law], (3) the second half of the Nineteenth Century, and (4) modern times. Although it is still an open question whether strict liability or the fault principle (i.e. negligence) is the more economically efficient or wealth-maximizing method of assigning tort liability (i.e. it is still an open question whether Anglo-American law has made progress in the area of tort law), one could argue that use of the favorable label “modern times” might implicitly pre-dispose students of Epstein’s casebook in favor of contemporary approaches to tort liability. Clearly, this crude method won’t do, so I will review additional methods of measuring legal progress in my next few posts … 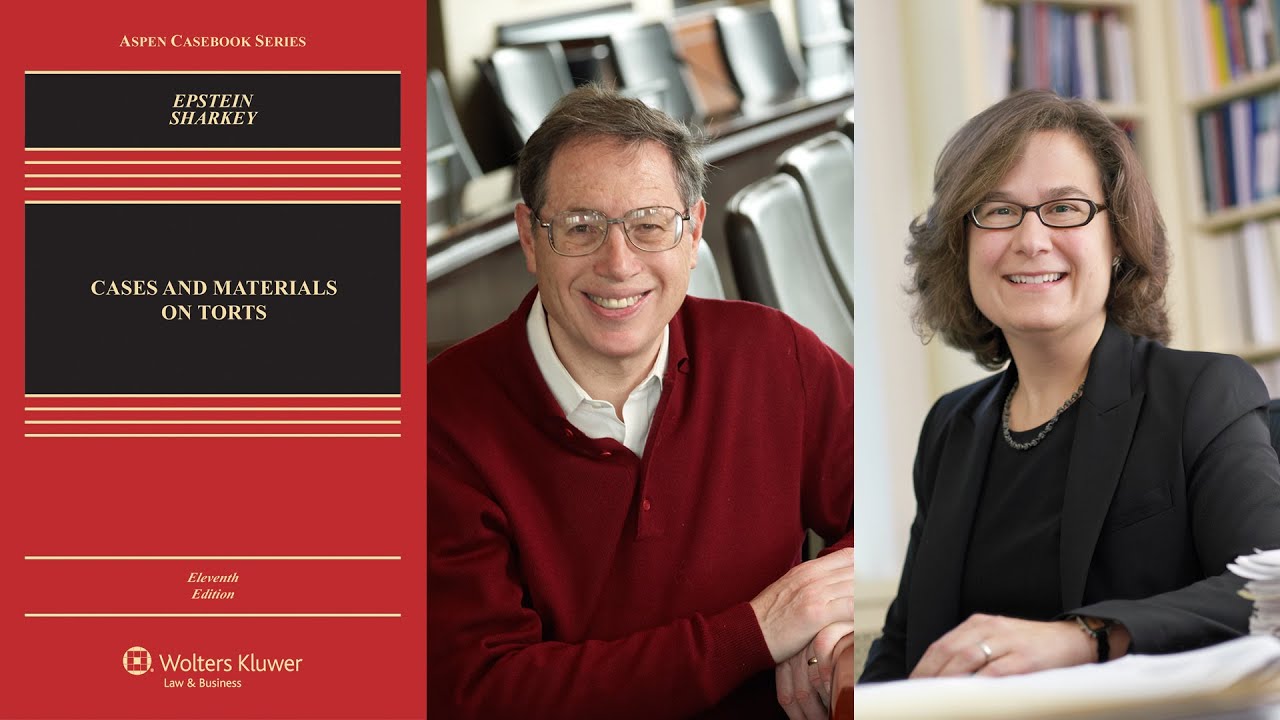 1 Response to The social construction of legal progress (part 1)