Merry Chrismukkah! As I mentioned in a previous post, Tilmann Altwicker (Basel) and Oliver Diggelmann (Zurich) have identified four ways in which the ideal of progress is “socially-constructed” in the field of international law, beginning with the crude method of “ascending periodization” (i.e. dividing some aspect of legal history into two or more periods and then assigning the most recent period a favorable label). In this post, I will review and restate a more sophisticated method by which progress is socially-constructed in law: the process of “proving increasing value-orientation,” such as the value of universal community. According to Altwicker & Diggelmann (2014, p. 434, footnote omitted):

“Authors [in the field of international law] employing this technique typically ‘scan’ documents of international law for indications which can be interpreted as expressions of shared ethical convictions. They are interested in value-sensitive legal materials of all kinds–law-making treaties, court decisions, customary law, soft law–and in treating them as indications of progress or as enabling future progress. The technique builds on the idea that value-oriented international law is ‘better’ law than a morally (seemingly) neutral law.”

Again, this more sophisticated method of measuring legal progress might also be generalizable to other areas of law. Consider any standard or traditional “casebook” from any field of law. (FYI: a casebook a type of textbook that is assigned to students in law schools.) When deciding what cases and materials to include in their law school casebooks, the venerable editors of these legal textbooks must choose from an almost infinite number of cases, hypothetical problems, and historical materials. For example, most areas of the common law can be traced back to the law of ancient Rome, so casebook editors have a wealth of cases and materials to choose from. Although the total number of cases, hypos, and materials are finite, this number is so large as to constitute a massive Borgesian library. Is there thus any good reason to believe that the cases and hypos that do make the final cut into a casebook somehow constitute a representative sample of the law (i.e. of the area of law that the casebook is designed to cover, to be more precise)?

Furthermore, even if the cases in a casebook do form a good or representative sample of the law, these cases will embody a wide variety of moral values, and there is no reason to believe that the values embodied in current cases and legal materials (e.g. legislation, treaties, custom, etc.) are “objectively” superior to the values of the law of ancient Rome or medieval England or the Victorian era. For a contrasting view, however, see Deirdre N. McCloskey’s excellent book on “The Bourgeois Virtues: Ethics for an Age of Commerce” (pictured below); full disclosure Professor McCloskey is one of my favorite economists of all time.

But the main problem with this method is that any area of law will generally embody several competing moral and ethical values (as opposed to one supreme über-value), and these values will often entail hard choices or difficult trade-offs. That is, even if the law now embodies progress-promoting “bourgeois virtues” (to borrow Professor McCloskey’s beautiful term of art), law is a messy enterprise, so one should not expect the law (or a given area of law) to perfectly correlate with bourgeois virtues or any other set of values, right? In any case (pun intended), I will continue my review of the social construction of legal progress in my next two posts … 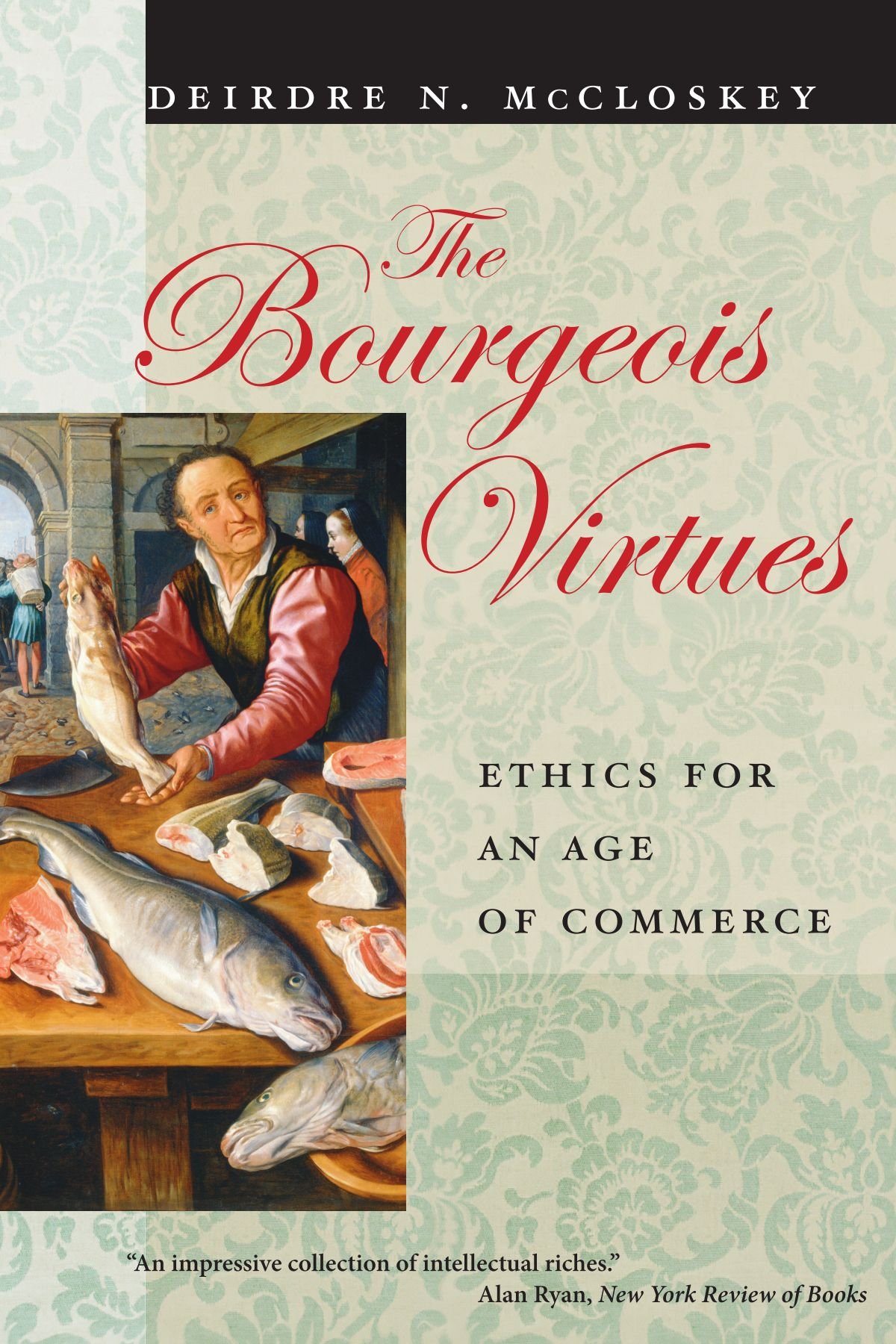