Now that we have results for 97 percent of Iowa’s precincts, I am reposting my blog post from earlier this week. (What’s the deal with the remaining 3% of precincts, or as David Pakman asks (@dpakman), “So at this point is the claim that they [the Iowa Democratic Party] haven’t COUNTED 100% or that they simply aren’t yet releasing the numbers?“) Also, it’s worth noting that Senator Sanders (an avowed socialist!) won the most votes in the first round of caucusing; first-round results are available here.

Via POLITICO: Each circle represents the difference in votes between the winner and the runner-up in each one of Iowa’s 99 counties. Larger circles indicate a larger gap between the first- and second-place candidates. 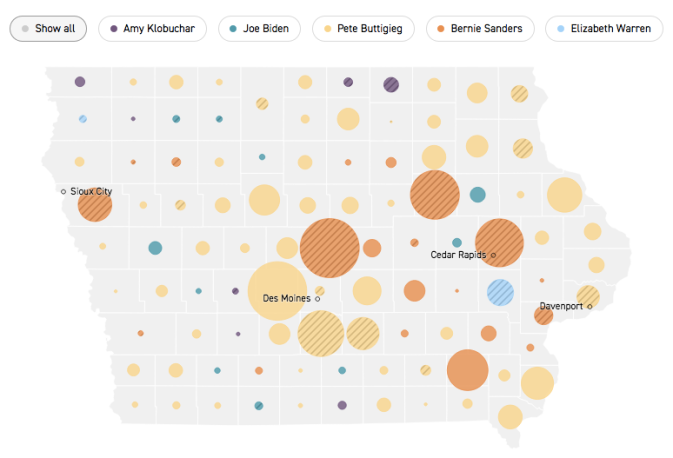 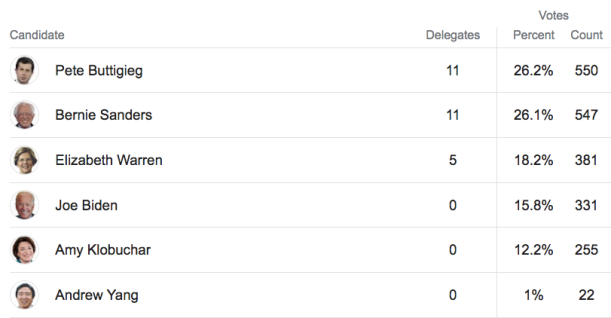 Update (2/6): these results are based on 96.94% of all Iowa precincts, or 1711 out of 1765 total precincts; also, the percentage figures above (via Google) reflect the relative number of local delegates allocated to each candidate for Iowa’s statewide political convention (the farthermost column on the right), not the number of votes each candidate received in the Iowa caucuses.