Via Wikipedia (footnotes omitted): “Double chess is a chess variant invented by Julian S. Grant Hayward in 1916. The game is played on a 12×16 chessboard with each player in control of two complete armies placed side-by-side. The rules were published in the January 1929 issue of British Chess Magazine.” (Hat tip: @pickover.) 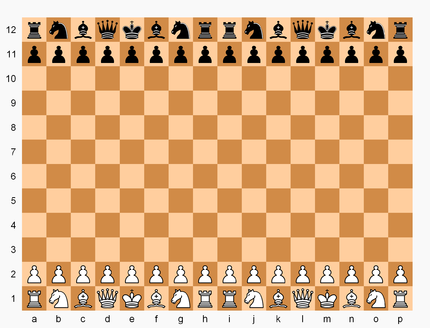