Illicit promises of the rich and famous

Note: This is the last of five blog posts devoted to Module 3 of my business law course (Tiger King edition).

Thus far, we have surveyed the first three parts of my Common Law Module, which are devoted to the domains of Property, Contracts, and Torts. Alas, we are not done yet! Since my business law course is now based on Tiger King, and since Joe Exotic was accused of hiring a hitman to knock off a rival, I have decided to add a bonus section to my common law module. This bonus section addresses the problem of illicit promises, i.e. agreements that are either illegal or immoral or both. Although the idea of an “illicit promise” may sound esoteric, exotic even (pun intended), in reality illicit promises are everywhere. All you have to do is look around you!

By way of example, in addition to the alleged hitman agreement between Joe Exotic and Allen Glover in Tiger King, many high-profile individuals have recently been accused of making illicit promises. Consider the prominent actress Lori Loughlin, one of many wealthy parents who have pled guilty of participating in the college admissions scandal. Although, legally speaking, Ms. Loughlin and dozens of other parents were charged with mail fraud and honest services fraud, their alleged wrongdoing consists of making multiple illicit promises, including bribes and illicit schemes to fraudulently inflate SAT scores. (By the way, in my opinion these parents and their spoiled children should be sentenced to life in prison for gaming the system.) Or consider the pending criminal prosecution of Robert K. Kraft, the horny owner of the New England Patriots football team, who was charged by the State Attorney’s Office of Palm Beach County, Florida with two counts of soliciting prostitution at a massage parlor. Prostitution, sex for hire, and human trafficking are paradigm cases of illicit agreements.

I explore these and many more examples of illicit promises in greater depth in my working paper “Breaking Bad Promises.” Simply put, many forms of wrongdoing often involve immoral promises or illegal agreements, especially given the expansion of federal regulatory crimes as well as our evolving and expanding conceptions of morality, such as animal rights. For now, I just want to ask, What is the legal and moral status of illicit promises? Once again, common law judges have developed a sophisticated body of legal principles to solve a real life problem, a body of common law that in my humble opinion is far more polished and practical than anything academic moral philosophers have ever come up with.

In summary, courts generally classify illicit agreements into two broad categories: (1) those that are inherently wrongful and immoral or mala in se, e.g. murder, rape, kidnapping, etc., and (2) those that are merely illegal or mala prohibita, e.g. regulatory crimes and technical violations of the law. Specifically, promises involving some form of moral turpitude are said to be mala in se and are thus void ab initio, while illicit agreements in violation of a commercial statute or an economic regulation are said to be merely mala prohibita and are treated as “voidable” by the party that stands to benefit from enforcing the illegal agreement. Either way, illicit promises should be of theoretical interest to philosophers and legal theorists because such promises exemplify the uncertain relation between ethics and law, a topic we will return to in Module 6 of my Tiger Law course. But Module 6 of “Tiger Law” is still a long ways off. We still have to explore the “Law of Ideas” (Module 4) and “Criminal & Civil Liability” (Module 5) … 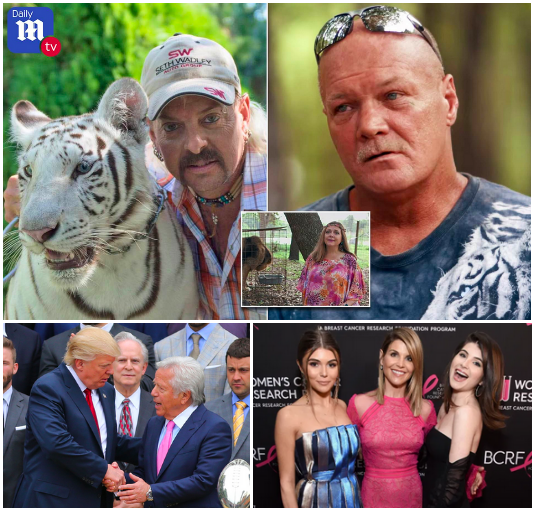 Illicit promises of the rich and famous!

1 Response to Illicit promises of the rich and famous