Note: This is the fourth of several blog posts reviewing Tyler Cowen’s book “Big Business: A Love Letter to an American Anti-Hero.”

Here is how Professor Cowen tries to pull off this huge intellectual heist. First, he is going to draw a direct connection in Chapter 3 (“Are CEOs paid too much?”) between CEO pay and the market value of the business firms they run. Simply put, Cowen’s thesis is (p. 44): “Overall CEO compensation for the top companies rises pretty much in lockstep with the value of those companies on the stock market, largely because of the use of equity holdings and options as part of CEO compensation packages.”

Worse yet, Tyler Cowen attributes the historical rise in the market value of large corporations to CEO skill, not luck, but in fairness to Cowen, I can totally understand his utter neglect of the luck versus skill problem. Any exploration of the role of luck in CEO pay might derail his single-minded defense of the corporate status quo. After all, Chapter 3 is titled “Are CEOs paid too much?,” and Cowen’s contrarian answer is no, they are not; they should be paid even more!

What about worker pay, you might ask, which has remained relatively stagnant during this same period of time? Specifically, why hasn’t worker pay risen along with firm market value as CEO pay has? Alas, Professor Cowen utterly avoids this fundamental question. Instead of asking “Are workers paid too little?,” he changes the subject entirely and asks, “Are workers having fun?” Stated crudely (but accurately), Cowen’s thesis about stagnant worker pay is this: hey, you are lucky just to have a job, and your job is the source of most of your friendships and romantic liaisons, so shut the f*ck up and stop complaining about your pay. My reply consists of two words: Ok, Boomer…

I’ve got to hand it to Tyler Cowen. He is either a Master Troll or the most myopic economist in the world. In any case, sit tight, I will be turning to Week 5 of my “Tiger Law” course in my next few blog posts, but rest assured, I will review the rest of Cowen’s big business book at the end of this week. 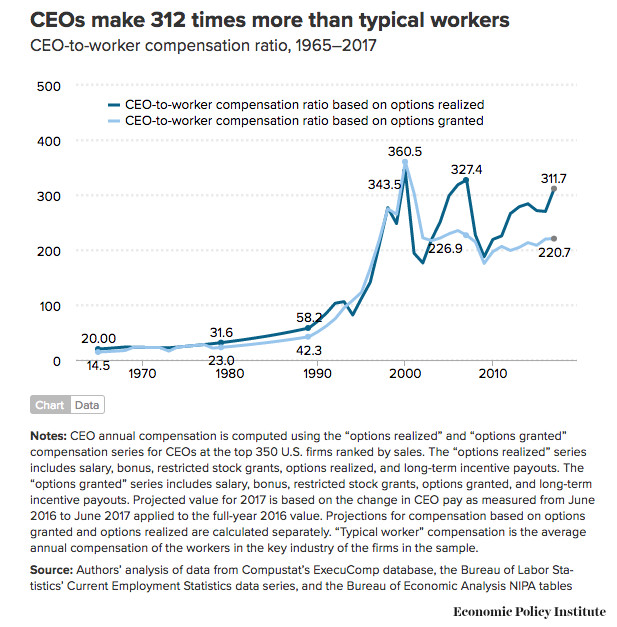