Milton Friedman against the world

Note: This is the fourth of six blog posts devoted to Week 6/Module 6 of my business law summer course.

Thus far, we have gone back to Aristotle and Aquinas, so to speak–we have explored the relationship between law and morality and have studied ethics qua ethics in keeping with the best of our liberal arts tradition. Specifically, I introduced my students to the “big three” theories of morality (crude consequentialism, hardcore Kantian duties, and ancient Aristotelian virtues) and then used these classic theories to try to figure out the moral status of animals. With this foundational work in moral theory now out of the way, the next part of my last module is devoted to business ethics and CSR (“corporate social responsibility”). After all, the formal title of my course is “The Legal & Ethical Environment of Business,” so no such course would be truly complete without a segment on CSR.

I begin the CSR part of my module with the so-called “Friedman Doctrine,” the idea championed by the late great economist Milton Friedman that the social responsibility of corporations is to increase their profits (or to put it more euphemistically, to maximize shareholder value), a consequentialist-inspired theory that Professor Friedman first enunciated in his classic book on “Capitalism and Freedom” in the early 1960s. Because this thesis has now become so controversial and so roundly condemned by all respectable people in academia and in the business world, I spend a considerable amount of time defending the Friedman Doctrine!

To begin with, as a normative matter, the simple but powerful idea that “greed is good”–to quote the immortal words of Gordon Gekko, the villain in the classic 80s movie “Wall Street”–is the intellectual basis of Adam Smith’s “invisible hand” theorem, perhaps the single-most influential idea in the entire history of economics. Furthermore, whether you are a hardcore Communist or just a progressive do-gooder, if we examine what corporations actually do (and not what they say they do in their puffery-laden social ads and corporate mission statements), the Friedman Doctrine as a descriptive matter provides us with the most simple explanation of past corporate decisions as well as with the most accurate predictions of future business decisions.

But wait; there’s more! After mounting this rigorous defense of greed and invisible hands and cynical acid, I refute the Friedman Doctrine but with a single meme (pictured below): 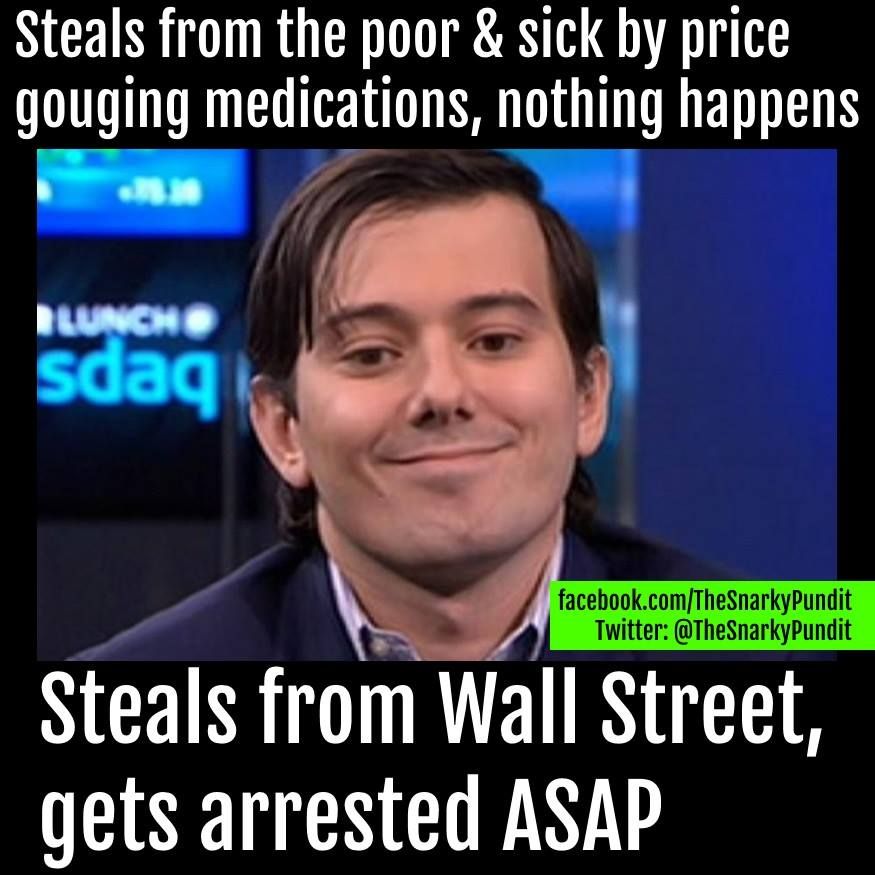 What is the “optimal level” of greed?

With this emotive refutation of the Friedman Doctrine, I then introduce the influential “stakeholder theory” of CSR. Under this theory of business ethics, a business should first identify all of its stakeholders, i.e. all groups or communities who might be impacted by a given business decision, and then take into account the competing interests of these various stakeholders. For example, remember back in 2016 when presidential candidate Donald J. Trump was calling out major companies like Carrier and Ford for shipping their factories overseas? I cannot think of a more dramatic illustration of the stakeholder theory in action! Nevertheless, the closer we inspect the stakeholder theory, the more it looks like window-dressing and empty rhetoric. (Check out the meme below the fold.) Why do I say this? For three reasons.

Perhaps, then, we should be asking a different question. Perhaps we should be asking, What is the optimal level of greed? Whatever the answer, we will formally conclude these blog posts with two more topics: the legal regulation of sex and the final project.