Postscript: polygamy and the legal regulation of marriage

Note: This is the fifth of six blog posts devoted to Week 6/Module 6 of my business law summer course.

Hey, what’s up? Now that we have studied business ethics (or CSR) as well as normative ethics (or ethics qua ethics), we could call it a day and wrap up the course once and for all, but guess what, y’all? This is no ordinary business law survey course! After all, I have been using the docuseries “Tiger King” to introduce my students to the legal and ethical environments of business. So, in keeping with our “Tiger King” theme, I now want to say a few closing remarks about the legal regulation of sex. Specifically, the unorthodox marital arrangements depicted in Tiger King–Joe Exotic’s two husbands and Doc Antler’s three wives–pose a delicate legal and moral dilemma: Should “the law” continue to criminalize these unorthodox marital arrangements, or should it recognize them like it now does same-sex marriage?

Before proceeding any further, notice how the practice of polygamy, which is presented so memorably in “Tiger King,” brings us back full circle to where we began this last module on “Ethics & Morality”–to the relationship between law and morality. On the one hand, one could argue that law and morality are separate and distinct domains. If Doc Antler’s sexy wives or Joe Exotic’s dashing husbands have no problem with their unorthodox marital arrangements, then why should we enlist the coercive power of the state to break up or otherwise interfere with these private and consensual arrangements? (For my part, I find this libertarian argument highly persuasive given my classical liberal priors.)

On the other hand, my Catholic priors are less sympathetic to such licentiousness. If one believes that law is a branch of morality and that polygamy is immoral, then one might be justified in using the law to prohibit or discourage polygamy. So, which set of moral beliefs should prevail, my libertarian or religious preferences? Stated more generally, why should polygamy, if voluntary and consensual, ever be immoral, let alone illegal? Again, these questions also bring us back full circle to the “big three” theories of morality and the problem of ethics qua ethics.

To sum sum up, the Kantian libertarian in me agrees 100% with Robert Nozick that individuals have rights. But at the same time, the skeptical scholar in me is not satisfied at all with Nozick’s formulation. After all, what do these rights consist of? Do men have the right to take on as many wives (or husbands) as they want, and do women have the right to marry an already married man? In brief, polygamy, like the moral status of animals, forces us to reconsider our intuitions about morality and the law. Stay tuned. We have one more Tiger Law blog post to go! 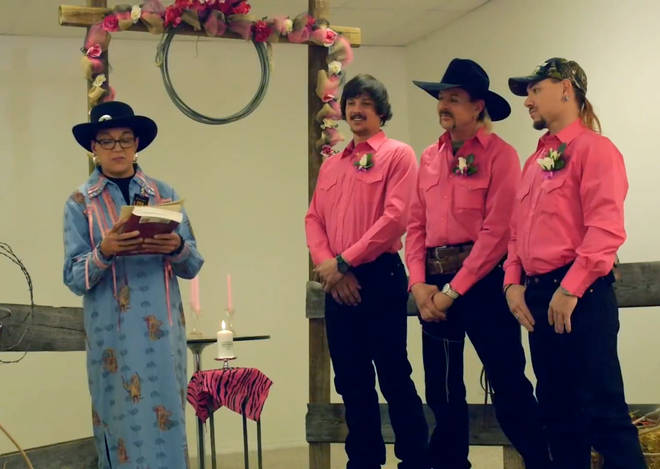