The NBA snitch hotline is a terrible idea

As you may have heard by now, the NBA recently released a 113-page manual in anticipation of the resumption of the 2019-20 season. (Check out this summary of the manual by Ben Cohen for The Wall Street Journal.) The manual contains a whole host of health and safety protocols that basketball players (and coaches, I presume) must follow when the season resumes in Orlando, Florida next month. Among other things, the NBA is setting up a “snitch hotline” to allow anyone to anonymously report a player or coach who is breaking the guidelines. So, who will be the first player to call the new NBA snitch hotline? According to my fellow Gaucho Jim Rome (both of us went to UCSB in the 80s), it will be Chris Paul–check out Rome’s “hot take” below:

In all seriousness, this anonymous snitch hotline is a terrible idea. Instead of building trust, the mere existence of this hotline will erode it. If I were the NBA Commissioner, I would allow each team to decide for itself how it will enforce the health and safety rules. After all, the possibility of losing an infected player for two weeks should be a sufficient incentive for each team to follow the guidelines. In any case, I don’t expect a player to “snitch” on a fellow player–even a player on a competing team, let alone a teammate–but what about hotel staff, NBA employees, and other potential officious intermeddlers? 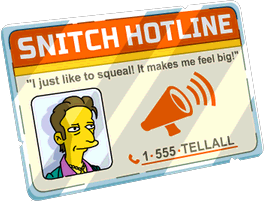 1 Response to The NBA snitch hotline is a terrible idea