The closing credits of the popular Netflix docuseries “Tiger King” states that there are between 5,000 to 10,000 privately-owned tigers in the United States. But where do all of those privately-owned captive tigers live? Check out the screenshot below from “Tiger King” purporting to show the distribution of big cat owners and private roadside zoos in the United States. Two questions, however, leap out at me from a simple inspection of this map. One is, why are there so many big cat owners in the State of Florida? The other question is, how many tigers are represented by each of the red headpins on the map? That is, it would be nice if the size of each pinhead were proportional to the number of tigers housed in that location. 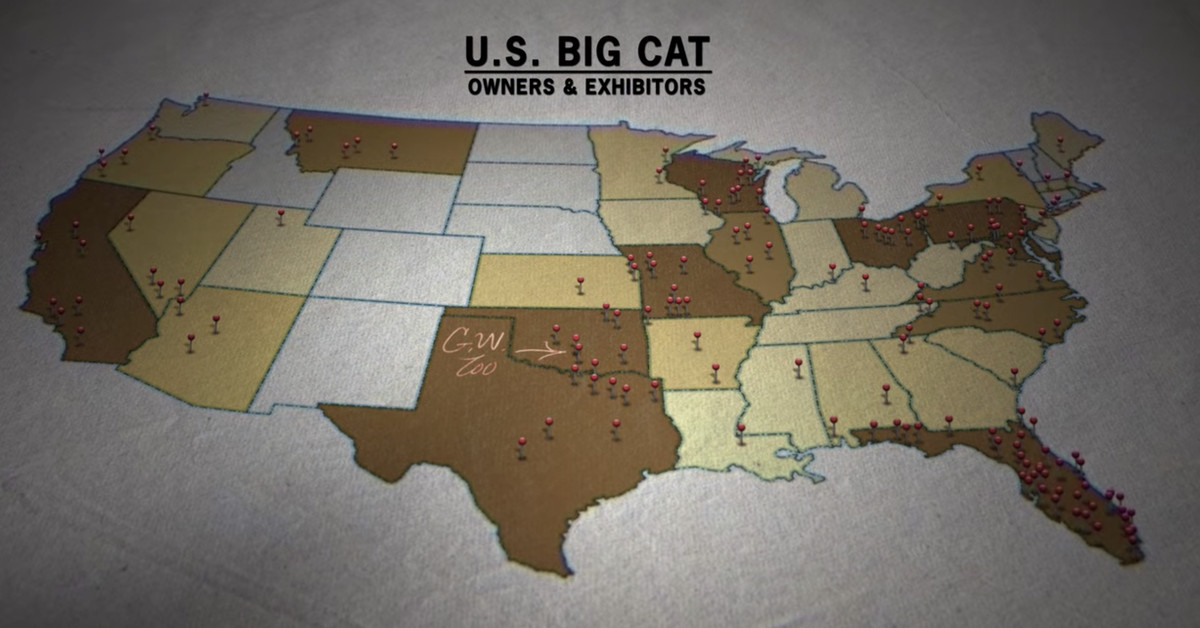 Postscript: Earlier this week, my teaching assistants and I had the honor of speaking via Zoom with Harold Baskin, the advisory board chairman of Big Cat Rescue in Tampa, Florida. Mr Baskin gave generously of his time, patiently answering all of our questions. Among many other things, we discussed The Big Cat Public Safety Act. This bill (H.R. 1380), which is currently pending before the Congress, would prohibit the private ownership of big cats. One of the reasons animal rights groups like PETA, the WWF, and Big Cat Rescue support this bill is because of the large number of roadside zoos across the U.S. housing big cats.